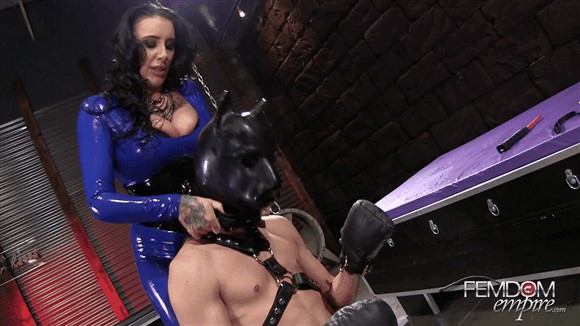 Mistress Austin tells her slave that she is in the mood to play a game; she is going to make him into her human puppy! The slave is reluctant to play at first, but once Austin shocks him with her hand held electric prod, he quickly complies with her wishes. Austin locks on a latex puppy hood, then takes her puppy for a walk, training him how to walk properly on her leash. Austin realizes that something is missing – her puppy has no tail. She remedies this by shoving a huge butt plug, complete with a pup’s tail, up his ass. After passing her visual inspection, the puppy is taught some tricks, like playing , before Austin decides to reward her slave by letting him worship at her boots. Austin then tells her slave that she has decided to keep him as her 24/7 puppy forever, then orders him to kiss her ass as a sign of his humble compliance. She then leads him away to be locked in his new kennel until she wants to play with him again. 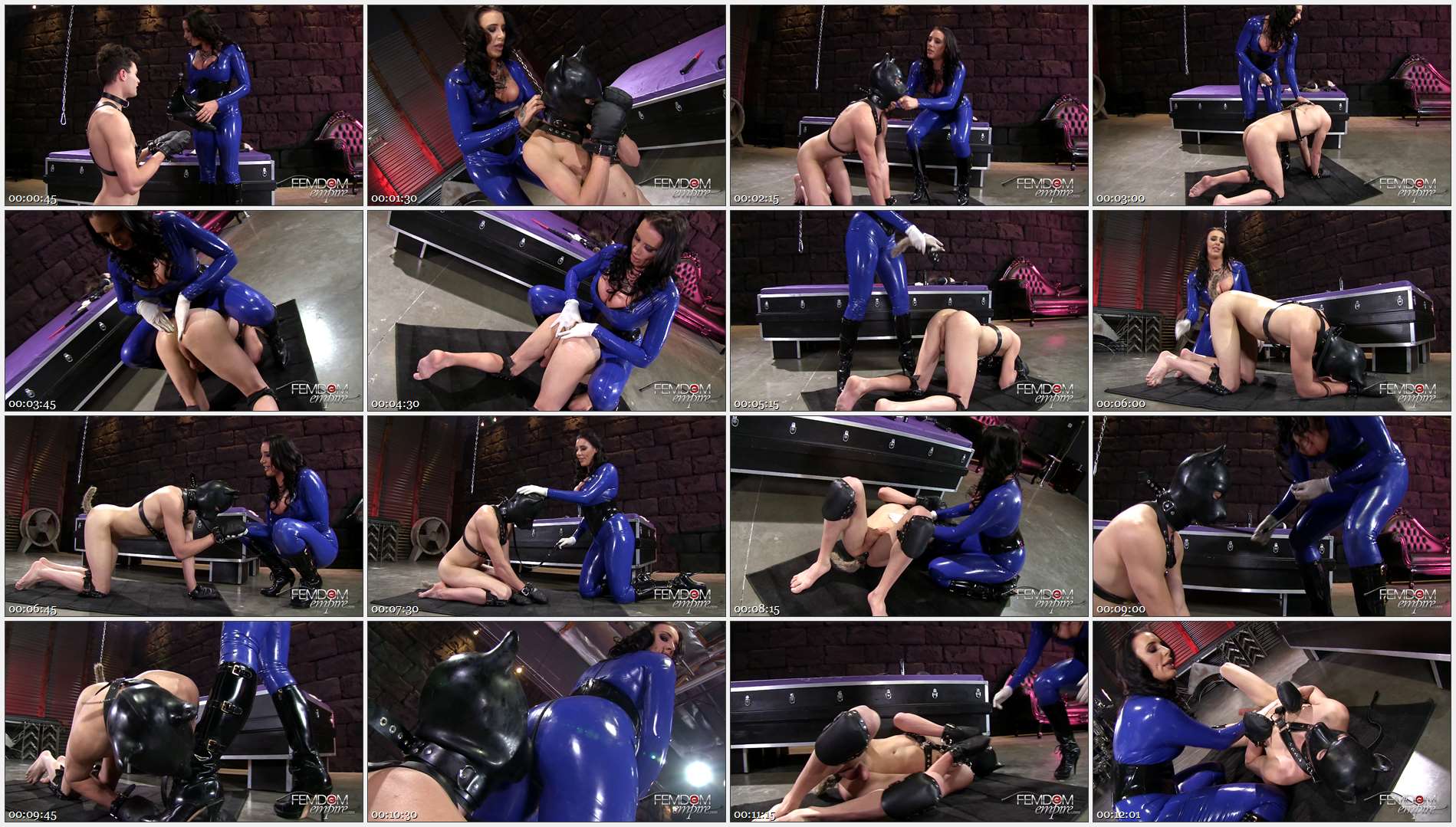