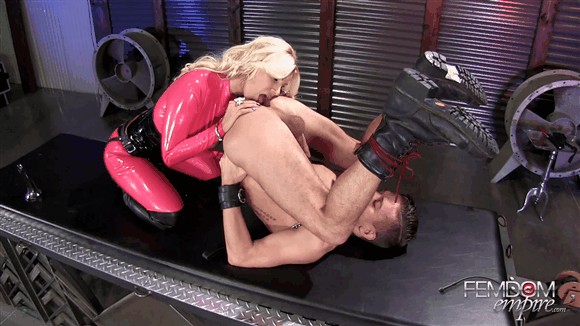 When Mistress Brittany Andrews fucks a slave in the ass, she is never satisfied until she totally owns and dominates his fuckhole, and she will fuck him as long and as hard as necessary until her goal is accomplished. Brittany is upset that she is unable to get her strapon and a butt plug in her slave’s ass at the same time, so she decides to fuck his hole until it is big enough for her liking. Brittany fucks her slave from behind, on his back, on a bondage table and over it, had and mercilessly, until he is totally broken. Brittany shows him no mercy though, shoving a huge butt plug in her slave’s ass, then ordering him to keep fucking himself with the butt plug until she decides to return and dominate his fuckhole again. 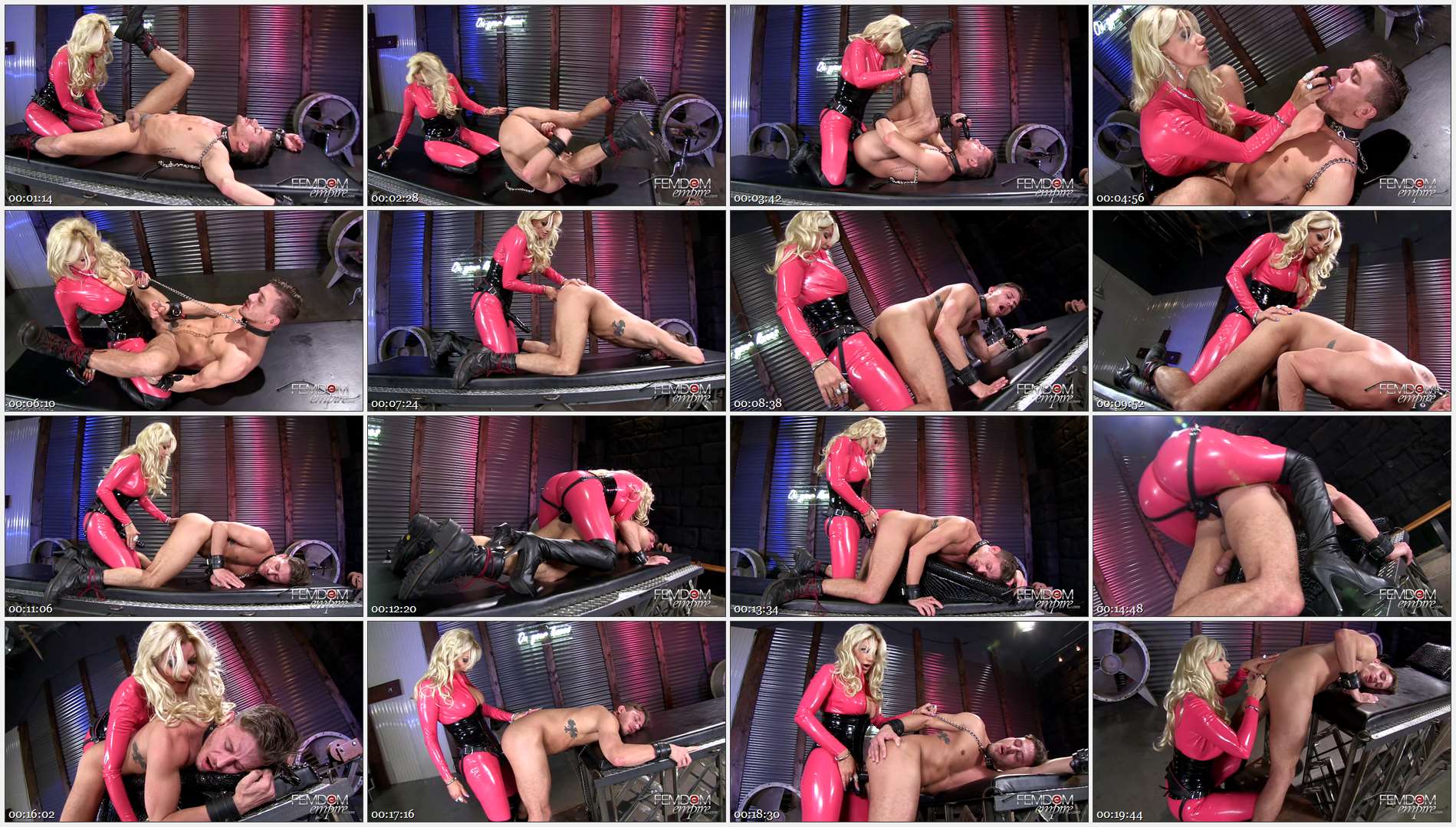