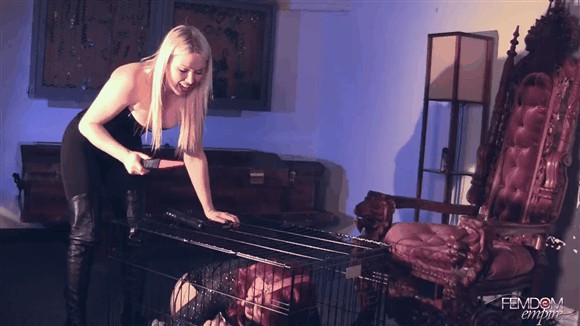 Mistress Lexi has taken a sissy slave back after a year of banishment, but only on the condition that he accepts any and all punishments she wishes to dish out. Gagged and locked in a small cage, he really has no choice anyway. 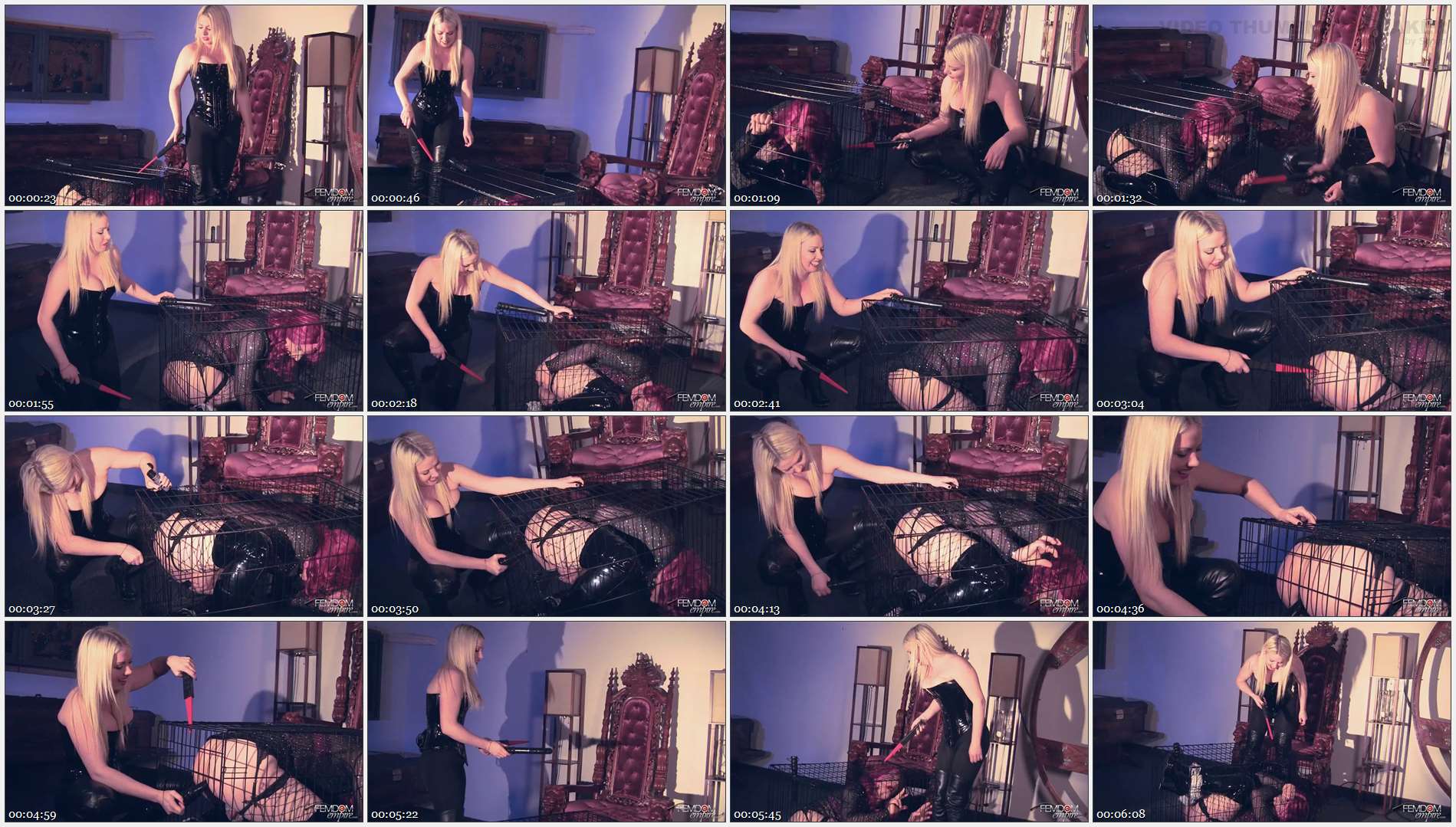