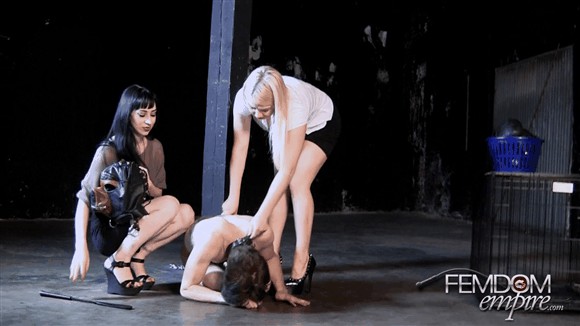 Mistress Mina & Lexi have captured a new \”pet\” but he needs to be transformed and trained to be suitable for their needs. They chain him to the wall and order him all fours, when he doesn’t accept his new role they shock him until he obeys. The Mistresses then lock padded mitts over his hands so he will have no use of them but to crawl and cover his face with a leather hood so he is nothing more than a possession or pet to them. Last but not least is the humiliating tail they shove up his ass for their amusement, he had better get use to his new role as their ‘Pet\”. 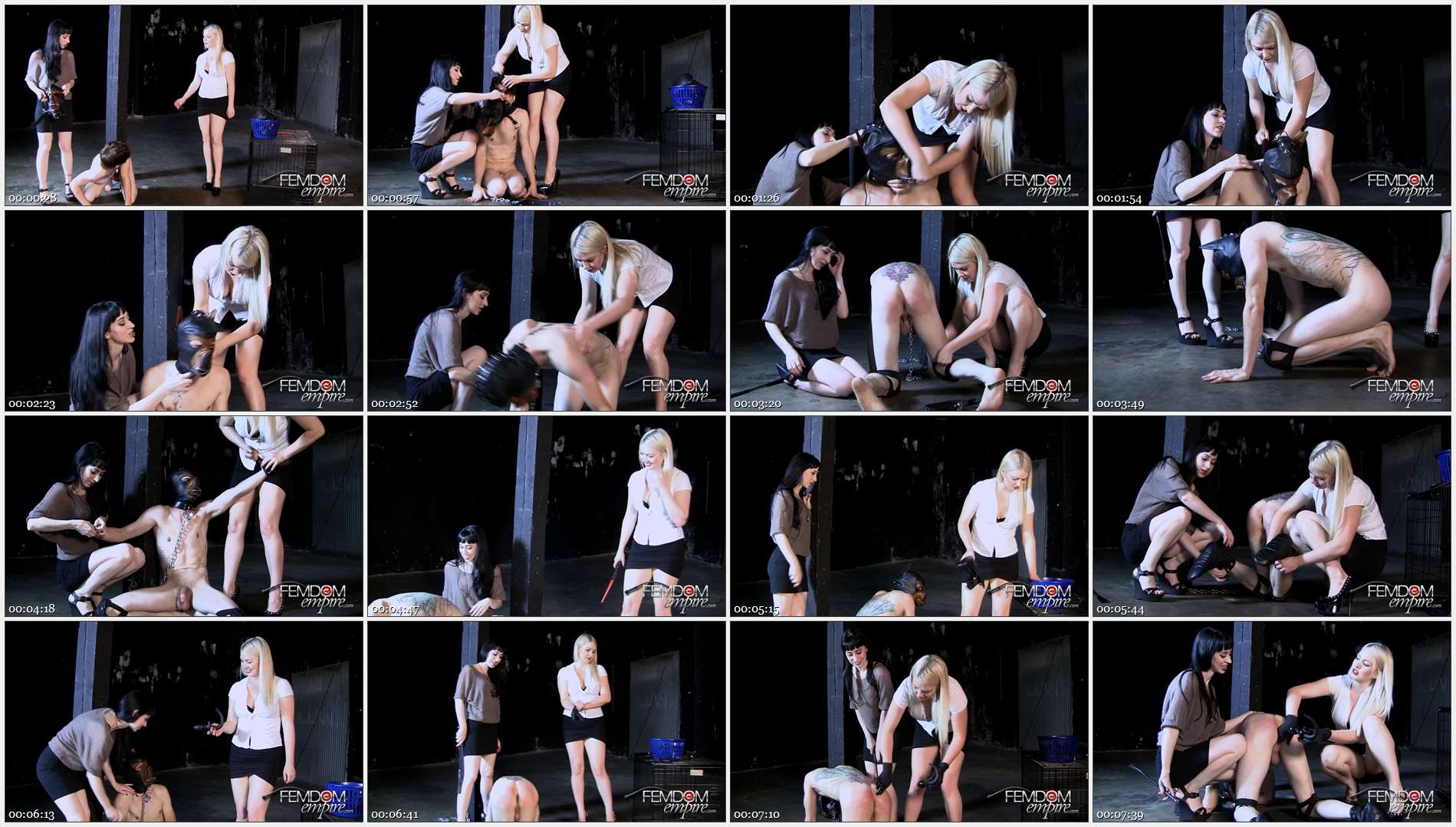