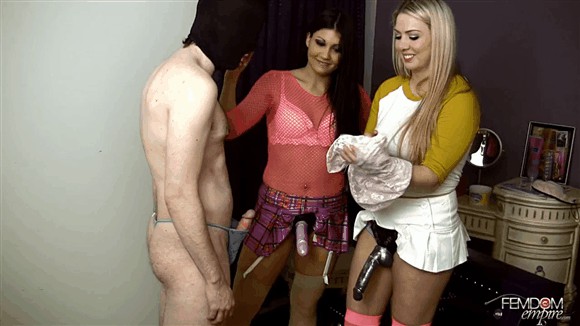 The Mistresses then have him service their cocks, sucking on one while jacking off the other, before taking them off so the bitch can worship each of their panty-clad asses. The more the two Mistresses let him worship their asses and rub their asses in his face, the harder his erection gets. Once he is all worked up, the Mistresses tell him it is time to truly submit to their strapons. 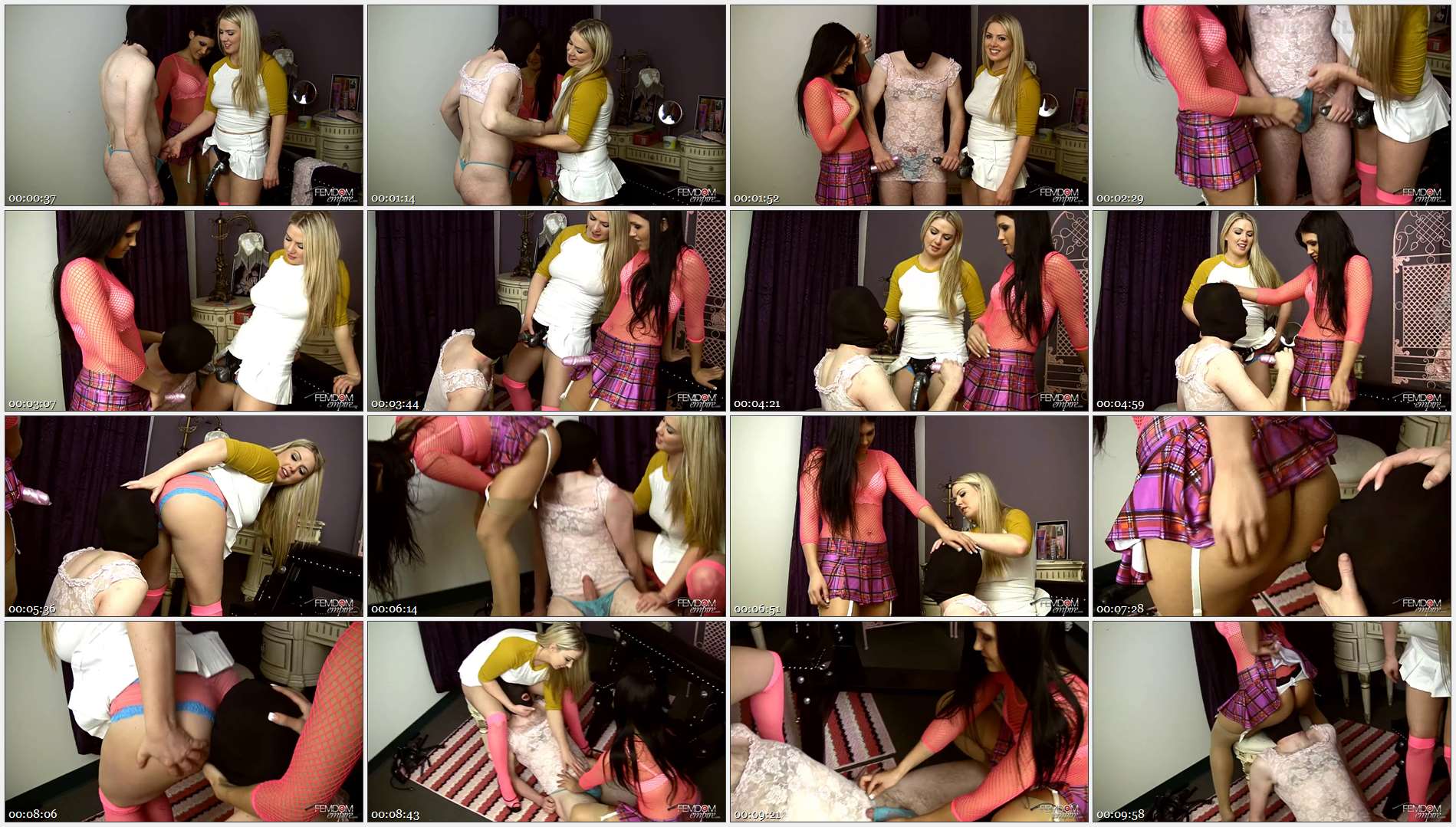 Ivy Lebelle – Orgasms for ME, Chastity for you

Giselle Palmer – How to Pleasure a Mistress