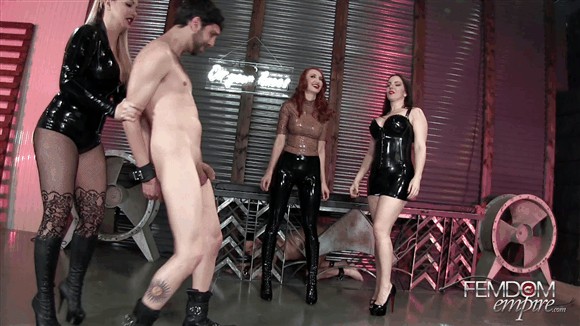 What happens when three legendary Dominatrices decide to sadistically destroy the balls of one unfortunate slave? Watch as Mistresses Lexi Sindel, Kendra James and Domina Snow subject their bitch to a barrage of kicks, knees, slaps, and punches to his balls – not to mention dragging him by his nuts like he was a sack of potatoes! Each Mistress takes turns dropping the slave to the ground with super hard kicks until he is literally on his knees begging them to stop, but he is mercilessly kicked yet again. By the time Lexi decides to drag him back to his cage,the punishment he has taken makes solitary confinement seem merciful in comparison. 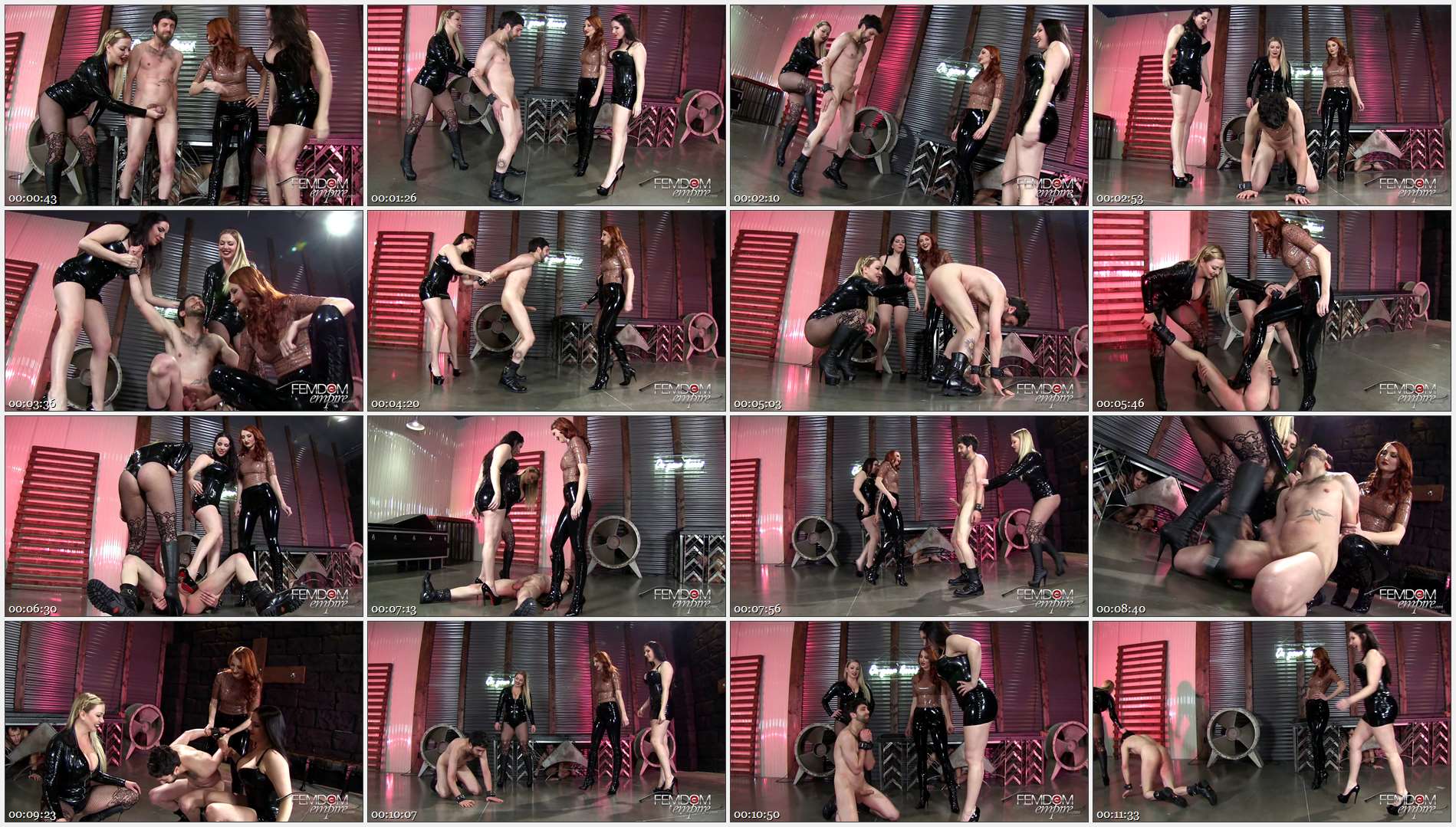