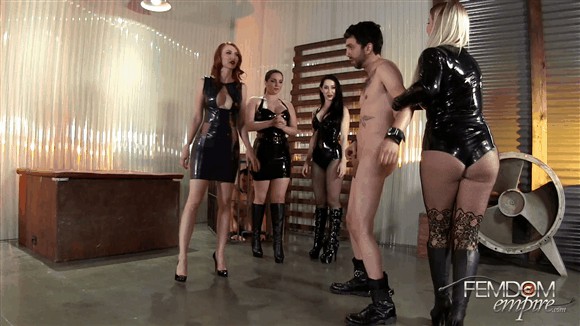 When four legendary Dominatrixes get together to bust some balls just one pair will not suffice. Mistresses Lexi Sindel, Mina Thorne, Kendra James, and Alexandra Snow have a blast taking turns kicking and kneeing the first poor slave, laughing as he crumbles to the ground again and again. Once he has been broken, the second slave is pulled out of his cage and subjected to being kicked and ball stomped until he too is lying on the floor, clutching his broken nuts. But these cruel Mistresses are far from done with their unfortunate slaves; the Dommes order their bitches to lock their arms together to keep them upright for even more ball kicking abuse. Even when on the ground in agony, these slaves are not safe from a vicious kick to the nuts from these sadists. The two poor slaves are left in a heap on the floor, balls broken and ordered to \”cuddle\” together for the Domme’s amusement. 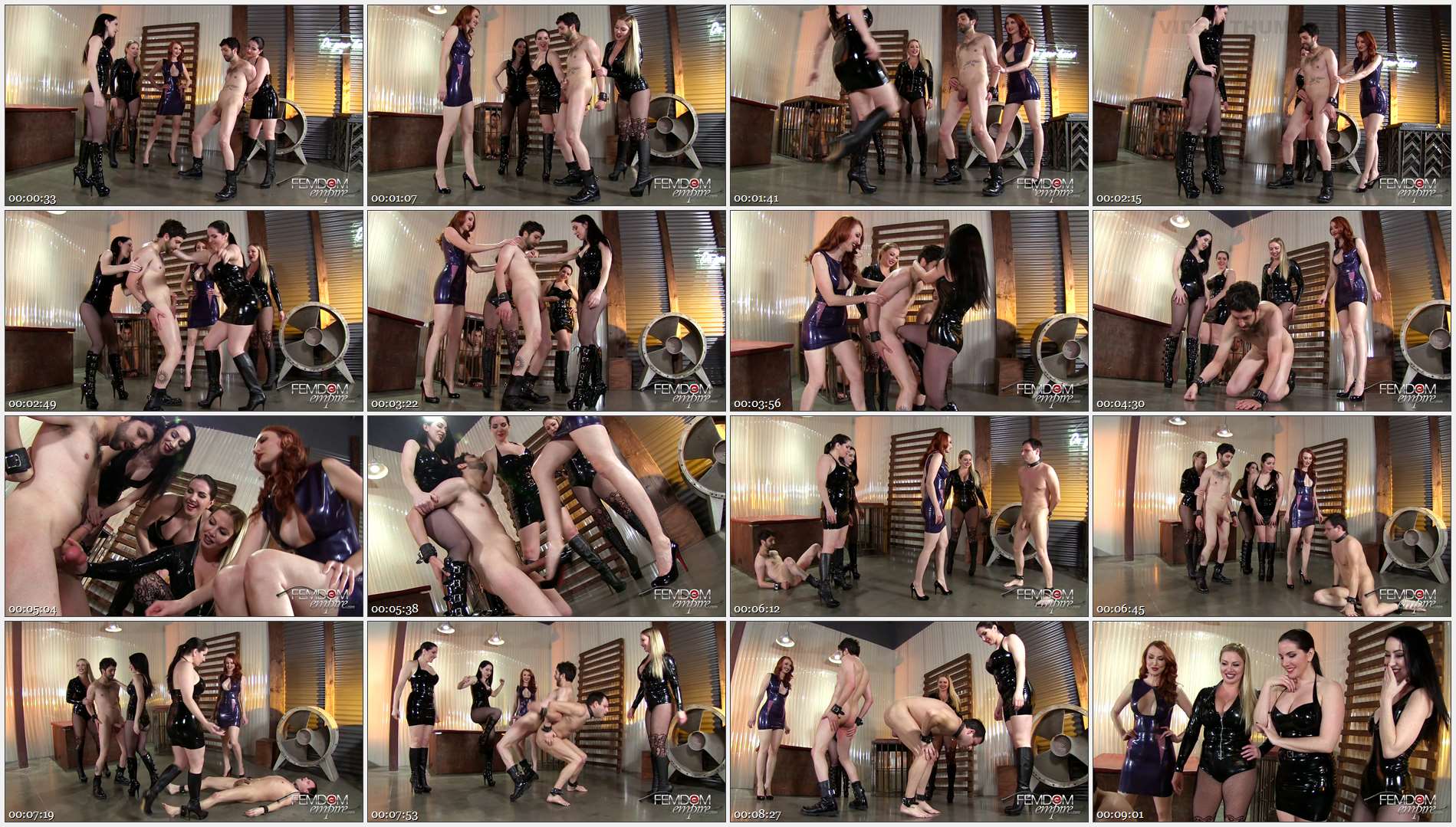