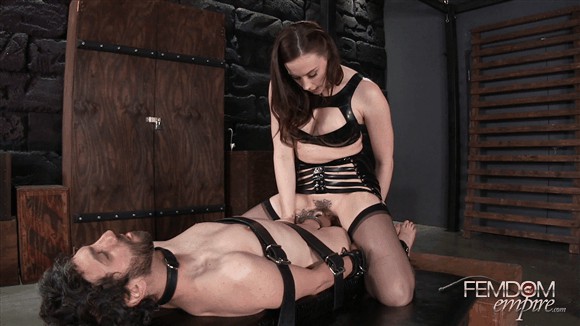 Mistress Chanel knows the longer she has kept her wimpy slave in chastity the more sensitive and sore his undrained balls become. He has been denied orgasm for so long now that she is sure his sad blue balls must be aching badly for release. Well, today is his lucky day as she has promised to finally free his locked cock from its tight chastity prison. Ofcourse the slave needs to be bound and kept under strict control first for such a reward. It does not seem to matter to her slave as his cock quickly gets hard as soon as shetakes of his chastity and strokes it with her soft hands. Her slave is in heaven as he nears orgasm but she is just toying with him. A series of hard slaps and punches right on his sore blue balls has him crying out in agony as he instantly loses his erection. He continues to writhe and moan in pain even as she begins to softly caress his poor cock to hardness again. She brings him right up to the edge over and over again only to brutally bust his aching balls every time. What a fun game for Mistress Chanel! She promised her slave she would unlock his chastity. She never said she would actually allow him to cum. 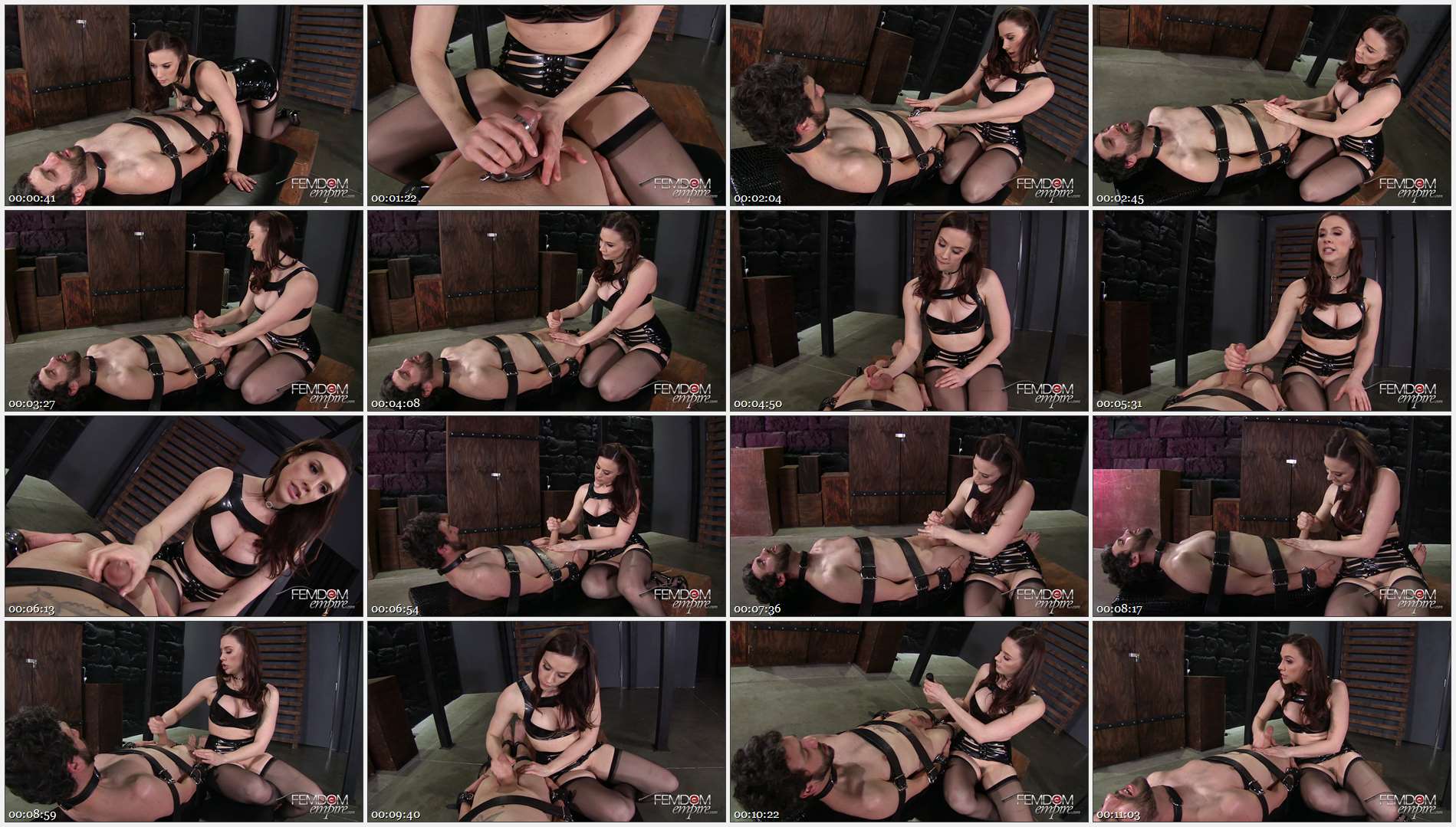