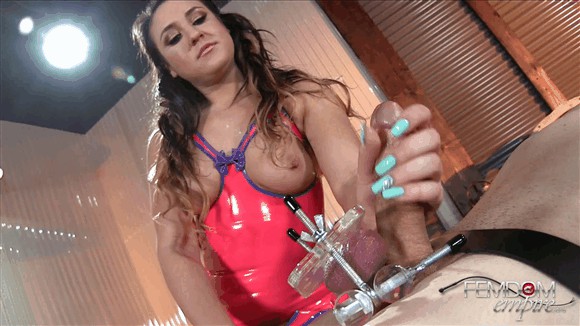 Slave balls deserve punishment, and Mistress Kylie wants to thoroughly ruin this slaves orgasm. She uses a mixture of pleasure and pain to keep him on edge. She starts by putting his balls in a vice, clamped down nice and tight while she strokes his hard cock. She runs his finger against his cock head which is so hard and swollen. She begins to stroke faster as she clamps the vice down harder. Kylie grabs the vice with both hands and crushes his balls as hard as she can when he is going to orgasm. Kylie then stands him up and kicks him in the balls several times post-orgasm while he is most sensitive. 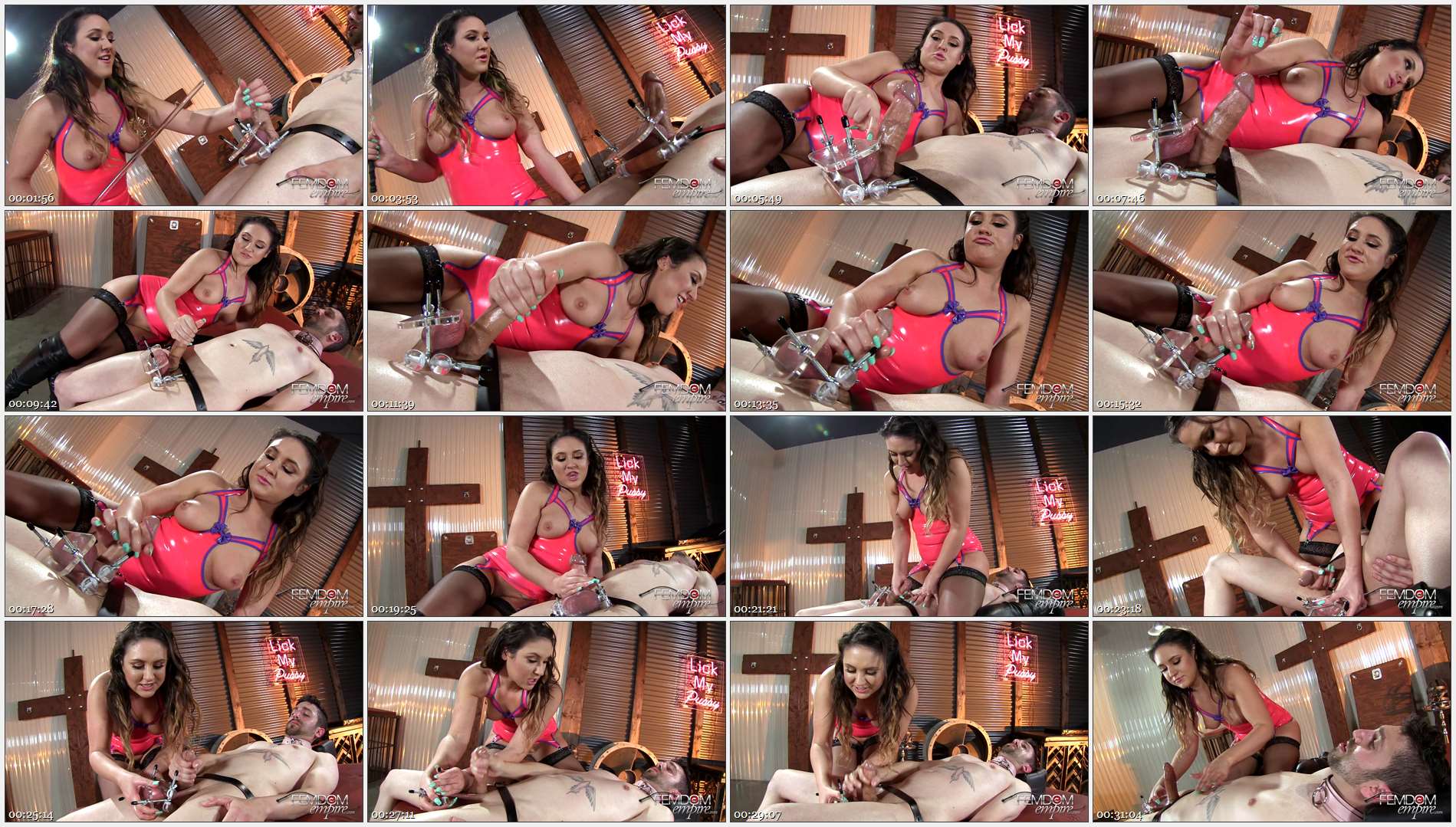