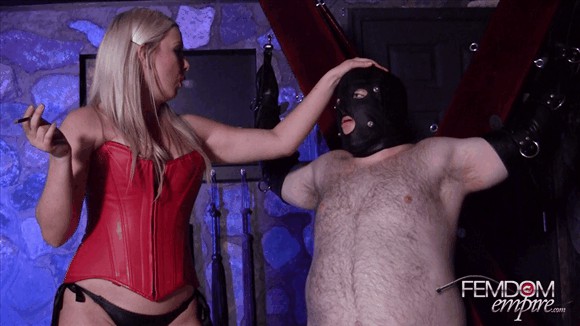 Lexi continues the onslaught on this poor slave’s balls, grabbing an electric shock zapper to use on them. The electric shocks to the balls cause the slave to jump, putting even more pressure on the weighted down balls. Lexi tries out a different handheld shocker, then informs the slave that he has to take the cattle prod. The slave begs for mercy, but Lexi just laughs and tells him that she is a sadistic bitch and he will take whatever she wants to dish out. Lexi demonstrates that the prod is real, then shocks the slave right in the nuts with it! He jumps right up, causing all the weight to smash his balls down hard. His pain only brings more laughter from the cruel Dominatrix. She shocks his balls with the cattle prod again and again until he is begging for mercy from his Mistress. She just laughs and enjoys a cigarette, totally ignoring the moans of the destroyed slave. 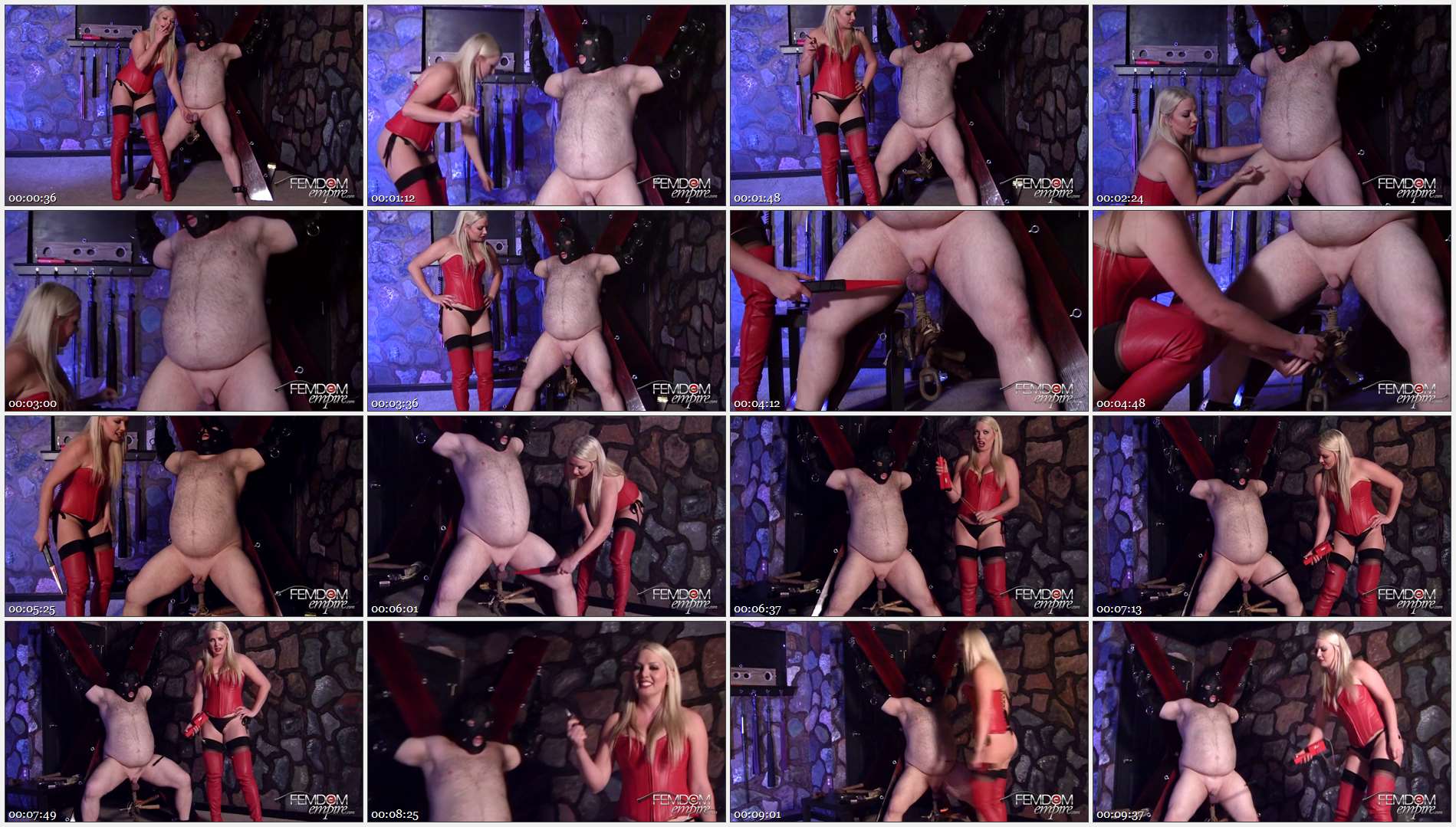