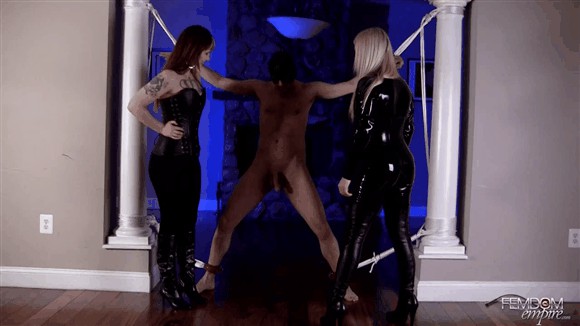 Mistress Lexi teaches Nikki Domino how to be a real ballbuster in this clip. Lexi demonstrates how it is done, delivering several hard shots and a few running kicks to the slave while Nikki enjoys the show, laughing at the slave’s pain. Then Nikki joins in and is soon delivering running kicks of her own. The slave keeps trying to drop from the pain, but the way the cruel Mistresses have him tied hand and foot between two pillars, he is helpless before the boots slamming into his balls. The harder he suffers, the more the Mistresses laugh at him. They finish him off by delivering kicks from the front and back almost simultaneously; as soon as Nikki kicks the balls from the front, Lexi kicks them from the back. Nikki enjoys it so much that she kicks the slave just when he thought it was over, making both of the Mistresses laugh even more. 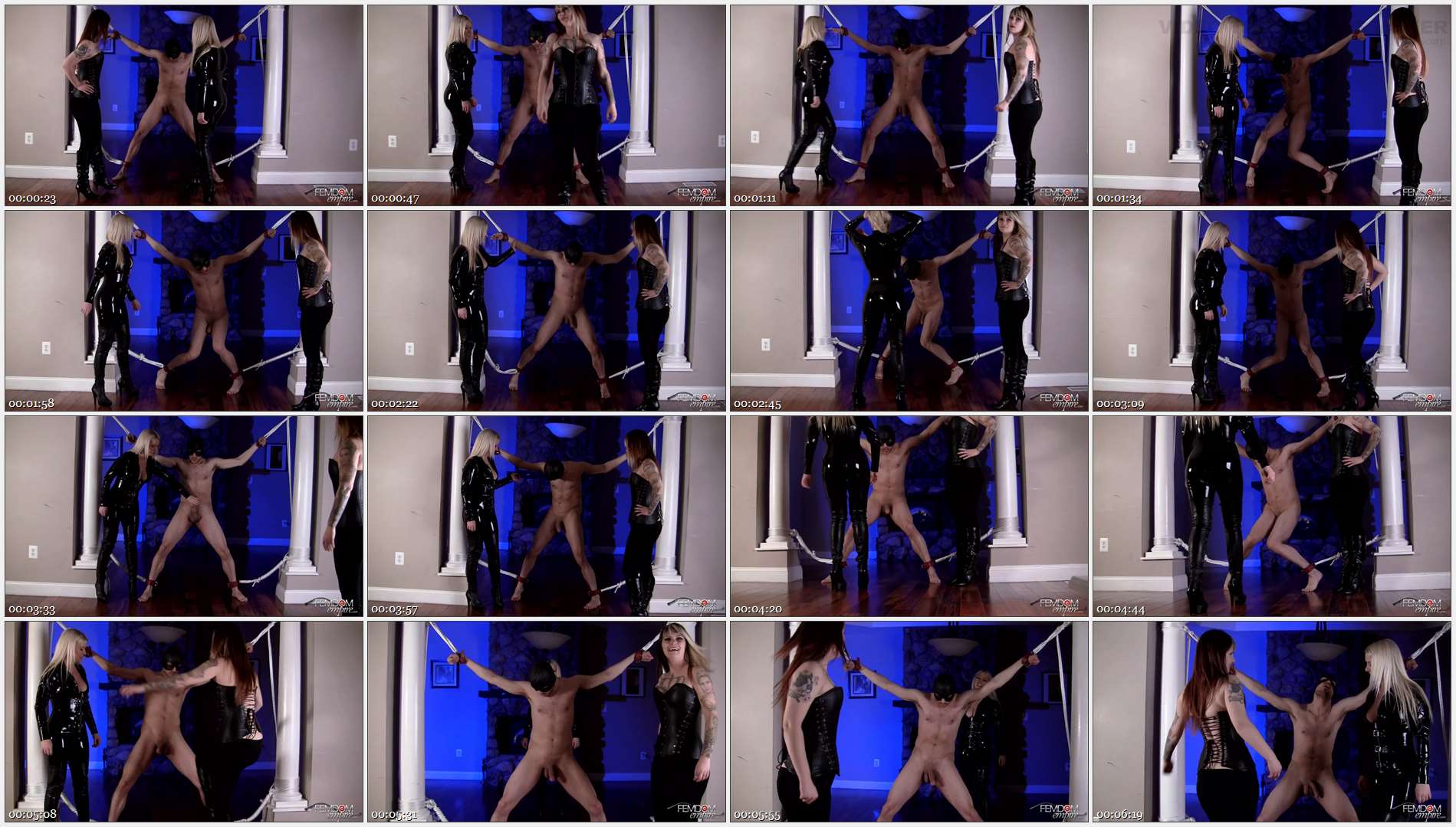