Coral Korrupt – Lexi Sindel – Too Pathetic to be straight 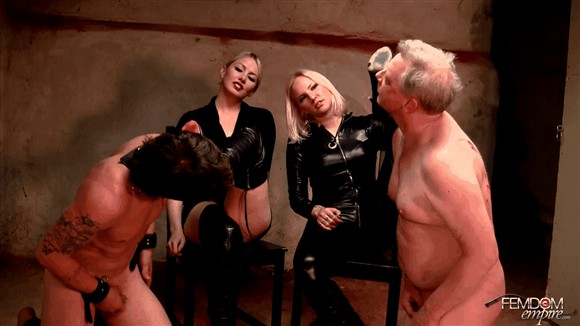 Lexi and Coral have a jerking contest between their slaves, with the loser licking up the winners cum. The heterosexual male slaves begin stroking their cocks while worshiping the Mistresses thigh high leather boots. They slaves try and stroke, but their cocks are scared limp with the fear and the humiliation of being made into bisexual slavery. The girls see how uncomfortable the concept of bisexual acts make the slaves so they order Lexi’s slave on his knees to suck off the other slaves dick. These men are way too pathetic to be straight. They need to be turned into cock sucking fairies to match their limp cocks. No woman would want to fuck them anyway. The girls laugh and humiliate their pathetic slaves, spitting in their faces while making them choke down cock. 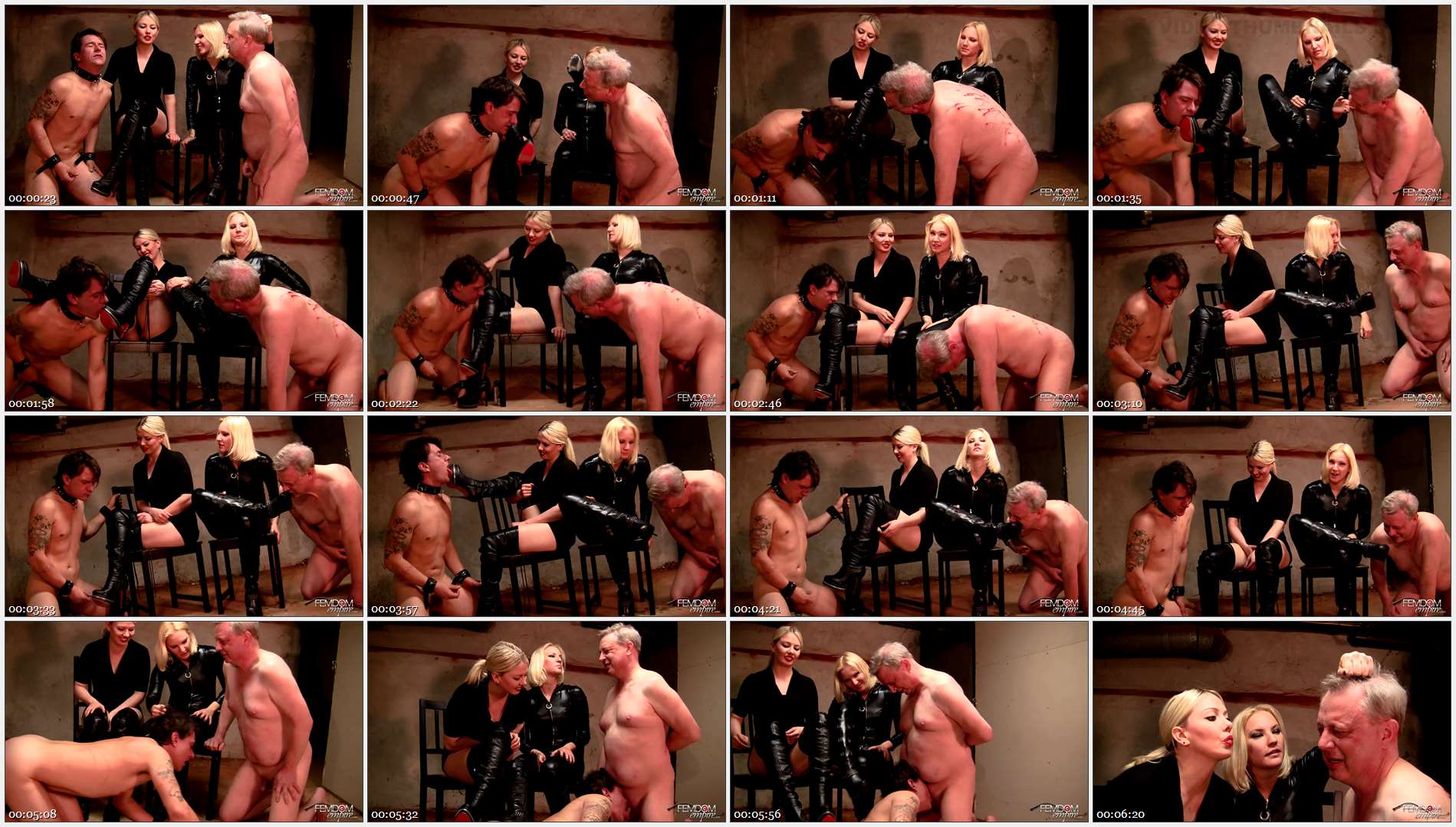