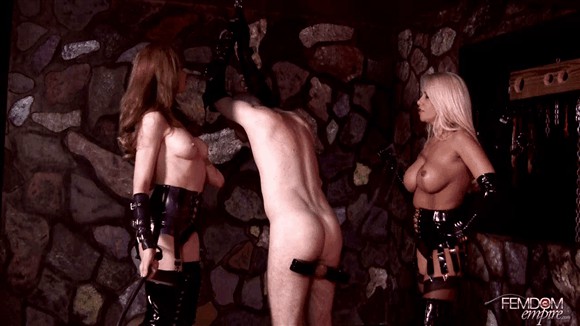 Mistresses Candle and Nikki have caught their slave contacting other Mistresses behind their backs. They are highly displeased and decide to let him know that this is unacceptable behavior. They bind his arms and his balls with a humbler, so that he knows who is really in control, then proceed to whip him, making him thank them for his punishment. The Mistresses then remove the slave from his arm bondage and order him to grovel before them, then clean their boots, including the filthy bottoms. The Mistresses then leave the slave to think about how lucky he is they are even willing to have him around. This slave will think twice before contacting other Mistresses without permission. 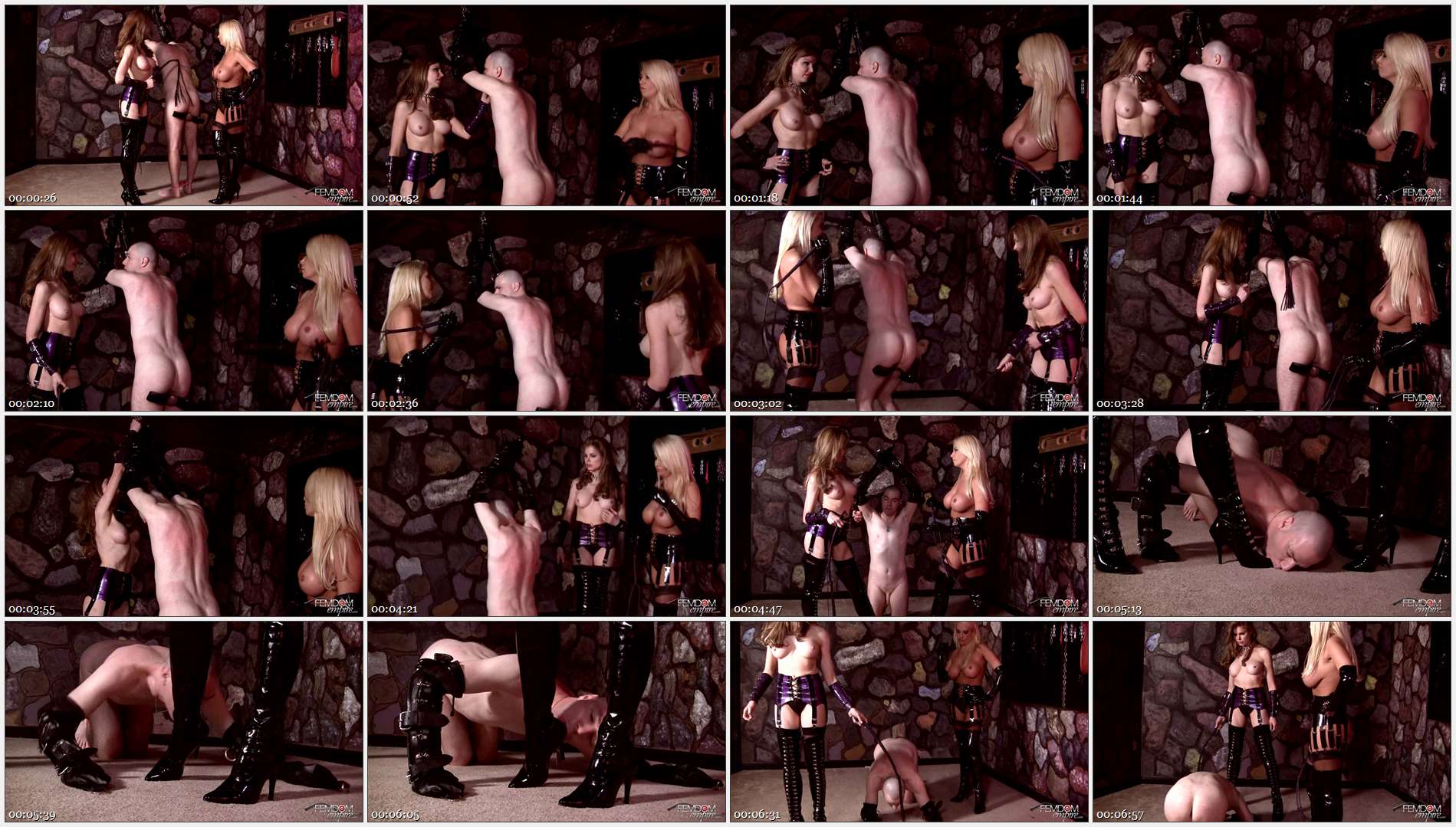