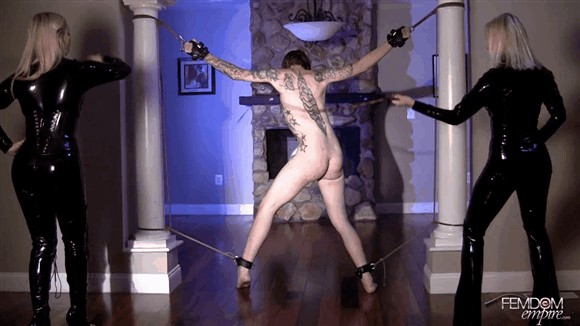 Coral and Lexi have a new prospect for their stable, but before he is initiated as a slave he must endure a whipping. The slave is restrained in the manor with arms and legs spread between two colums. Coral and Lexi are dressed in black latex catsuits with whips in hand. The cruel Dominants whip his flesh with each crack fueling one another to whip harder. Coral and Lexi take turns whipping the slave with double bull whips.There is no mercy in their stable. 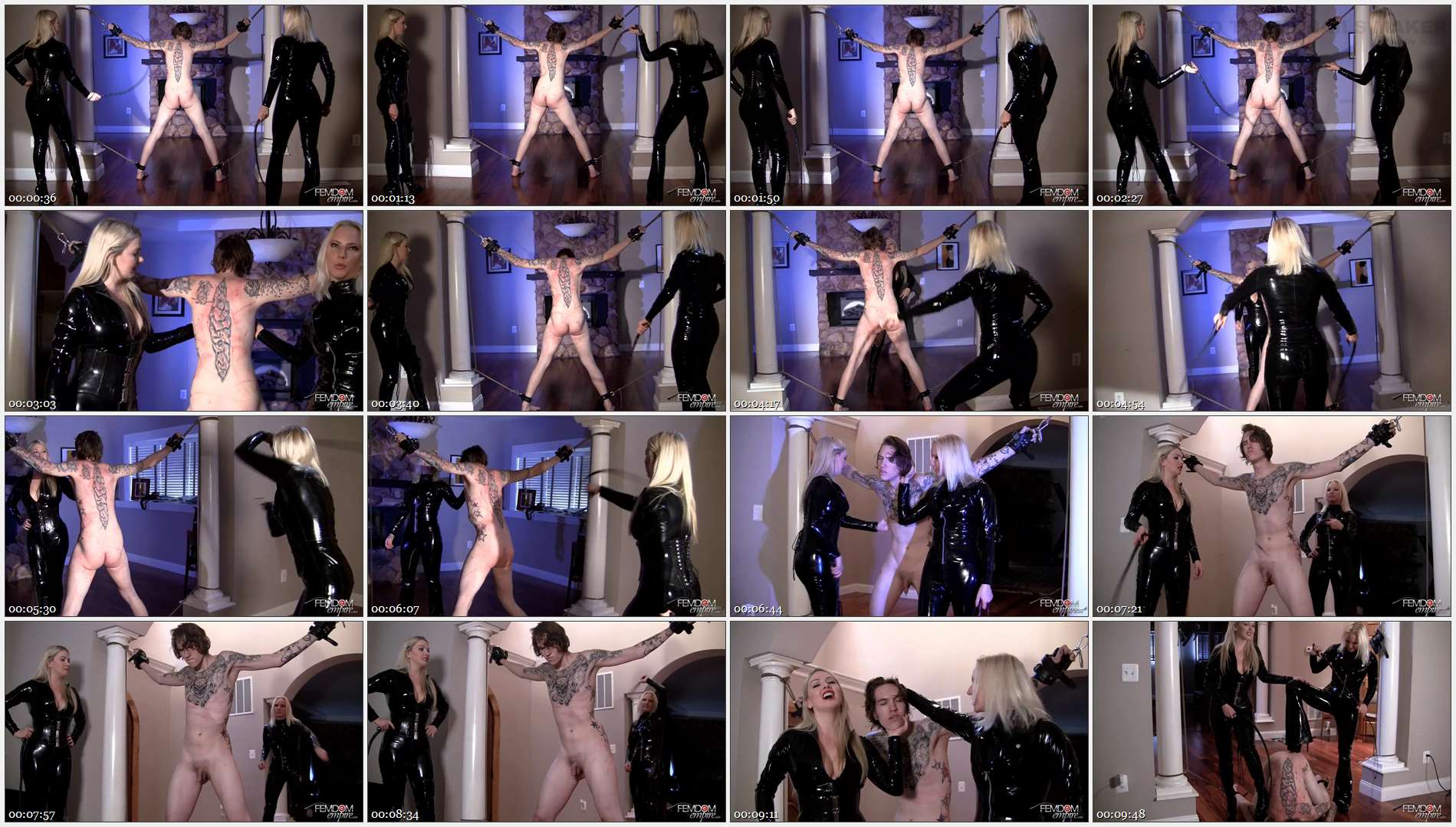