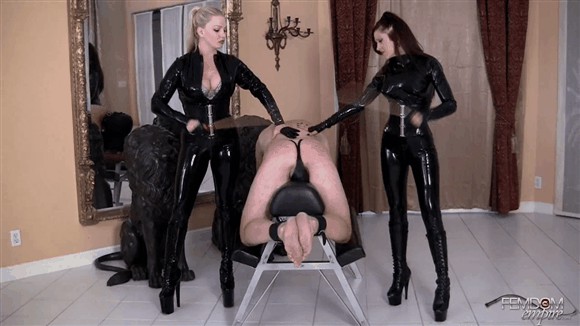 The already marked slave is brought back for a second day of punishment; maybe a double caning by two ruthless beauties will set him straight.

Mistresses Deanna and Lexi have their male subject bent over a sawhorse; his ankles and wrists are bound, making his punishment inescapable. The cold and cruel Mistresses deliver vicious stroke after stoke, watching the red and purple welts rise instantly from the force of their brutal punishment caning. The Mistresses in sync administer double cane blows to increase the intensity. The slave squirms in pain, but the Mistresses never let up on his ass. 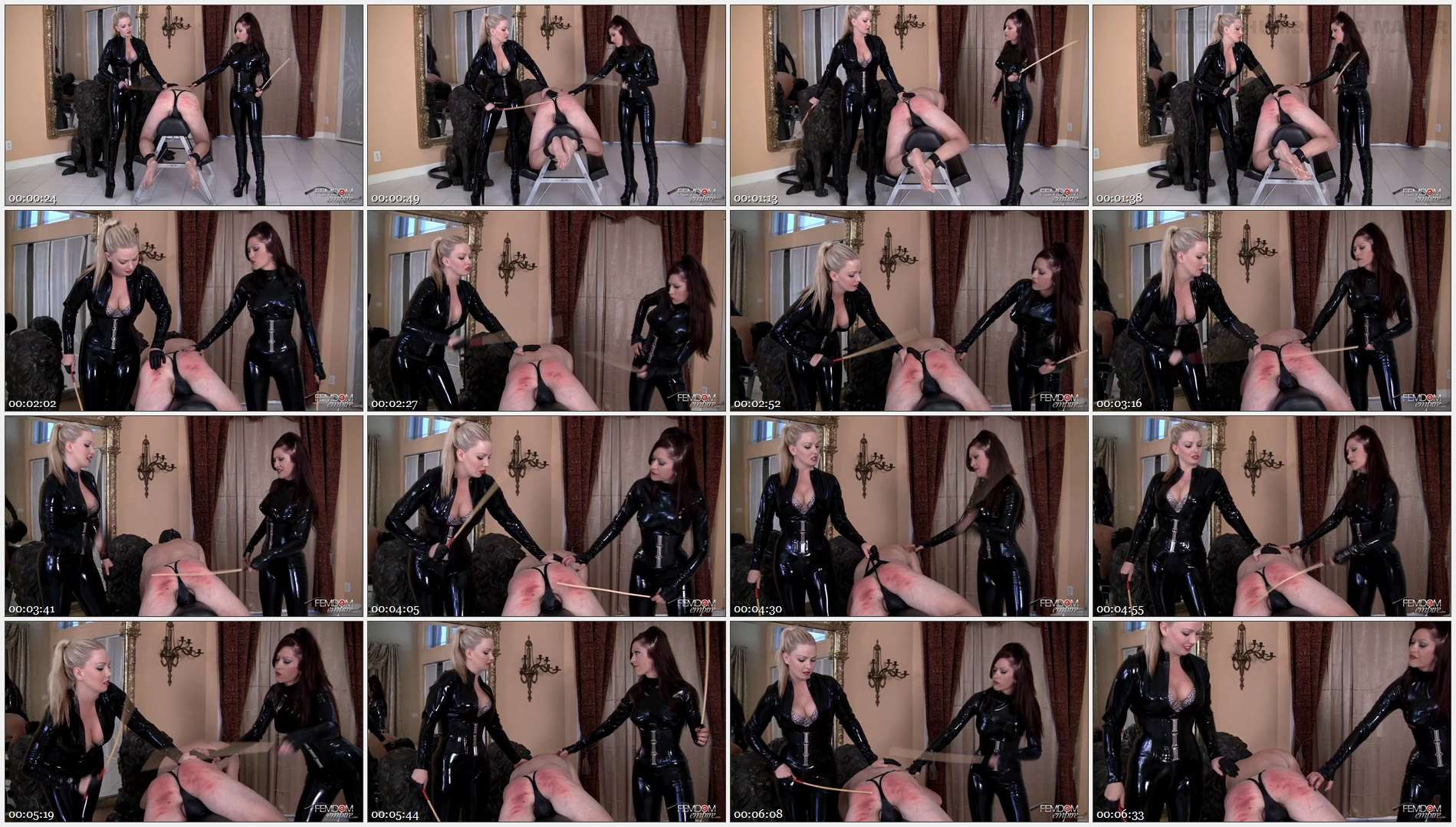