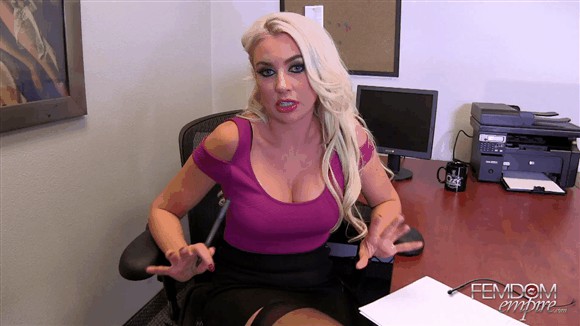 Mr Jay has been quite a pervert at work, offering female workers \”back massages\” where during the massage he rubs his boner on their back. Gigi is the human resources manager, she calls Jay into her office for disciplinary action.

Jay begs and pleads down on his knees to keep his job. Gigi gives Jay an ultimatum; either he is terminated for his bad behavior, or he gets a taste of his own medicine. Gigi whips out a giant black strap-on to show him just how painful \”sexual harassment\” is. In a female run company the women enjoy giving perverts the punishment they deserve.

Gigi calls in Holly who made the harassment complaint to get in on the abuse and humiliation. The two sexy blondes enjoy destroying his ass with their giant cocks. Gigi lifts his leg up to go balls deep with a full-range thrust scissor-fuck. They teach Jay a valuable lesson on respecting women! 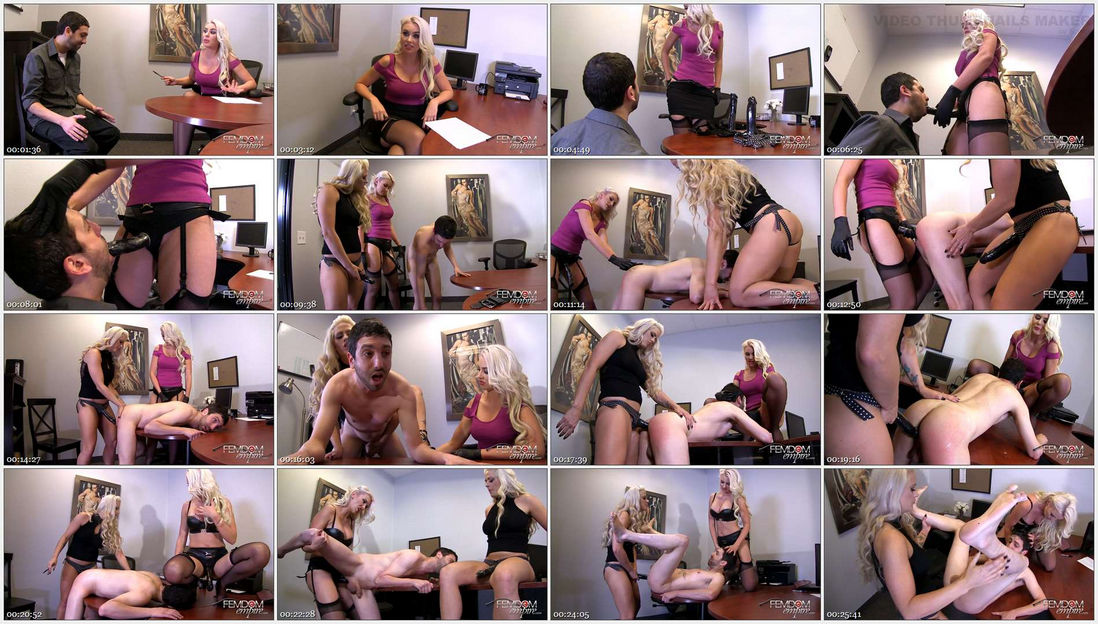