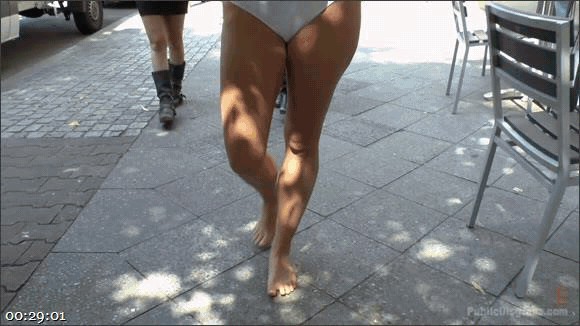 Layla Pryce is one fucked up slut. Unable to find someone to publicly humiliate, punish and fuck her in her personal life, Layla keeps cuming back to Public Disgrace to get her filthy fantasies fulfilled. Today Layla submits her fat ass to Mona Wales and Juliette March to use and abuse. These two tops are not impressed by Laylaâ€™s slutty clothing choices and stupid seductress walk. To punish her for being such a filthy whore Juliette and Mona strip Layla barefoot and naked in the streets of Berlin. After stuffing Laylaâ€™s whore mouth full with her own stinky socks, Juliette and Mona laugh at Layla as she continually fails to give her panties to strangers on the street. You can see the embarrassment on Laylaâ€™s face as men look at her exposed pussy in disgust as she begs them to take her filthy panties. After Laylaâ€™s epic failure to give away her clothes. Mona and Juliette take Layla to an abandoned warehouse courtyard where they trick her ass out on a used up mattress. Opening her holes to any strange cock with a Euro to spare. Once this cheap whore has serviced all the men that are willing to put their cocks in such a filthy slut. Mona and Juliette bend Layla over and fist her asshole in front of an excited crowd. Another Public Disgrace fantasy successfully fulfilled. 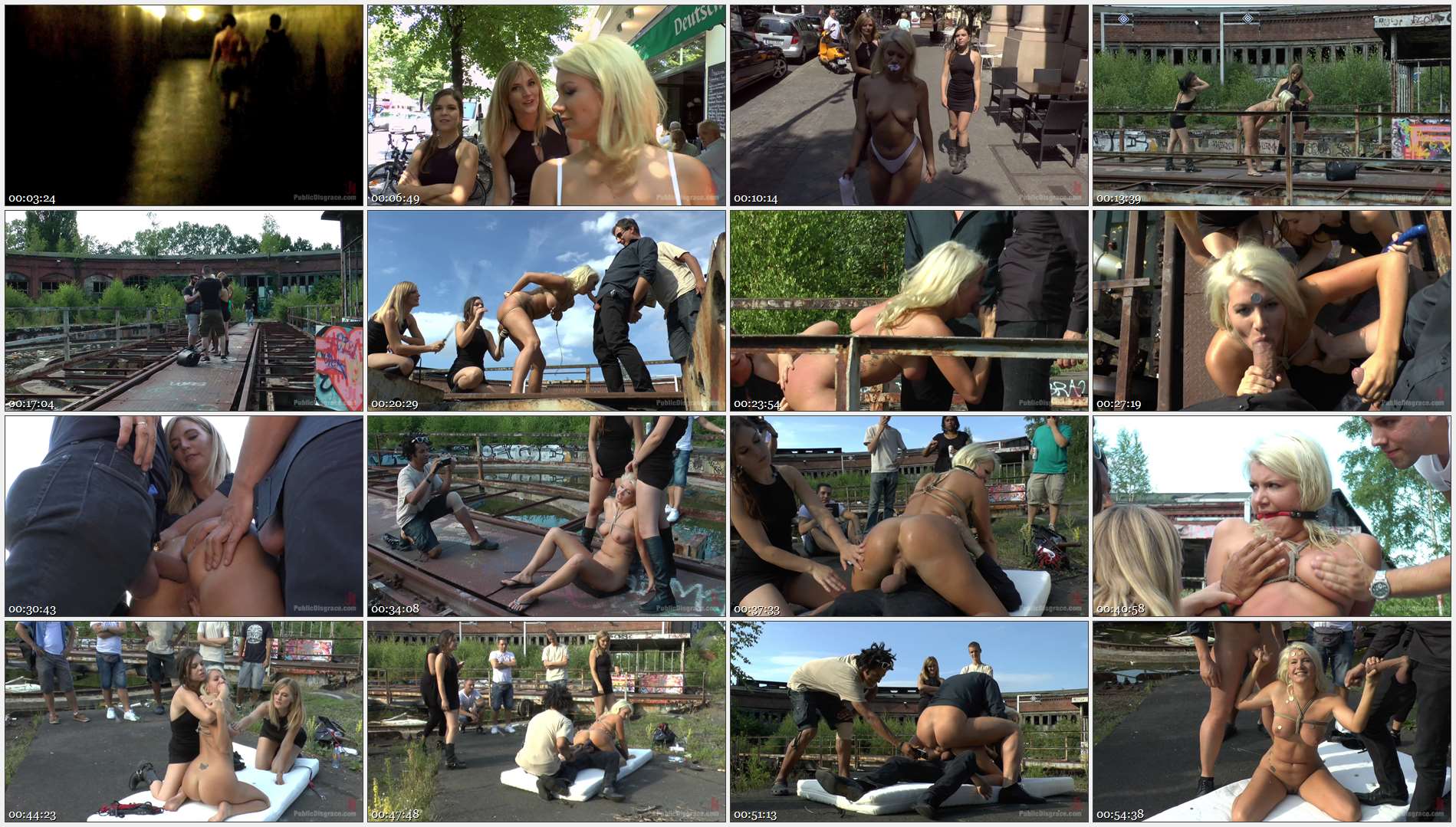