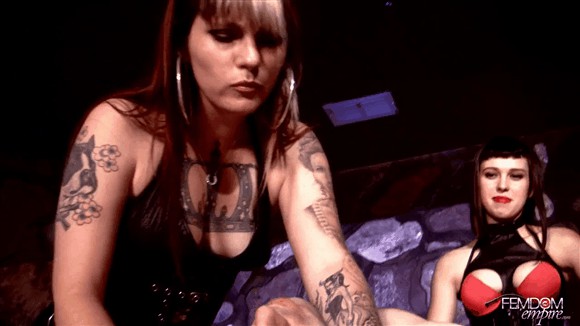 Mistresses Jenni, Nikki and Lara team up to humiliate this slave in their spit. His face is at the perfect angle to be their human spittoon. The Mistresses spit all over his face, including his mouth, eyes, and nose, and throw in quite a few hocked loogies as well. The Mistresses have a blast humiliating their slave, laughing at how pathetic he looks with their spit and snot all over his face and how hard his dick gets from the abuse. 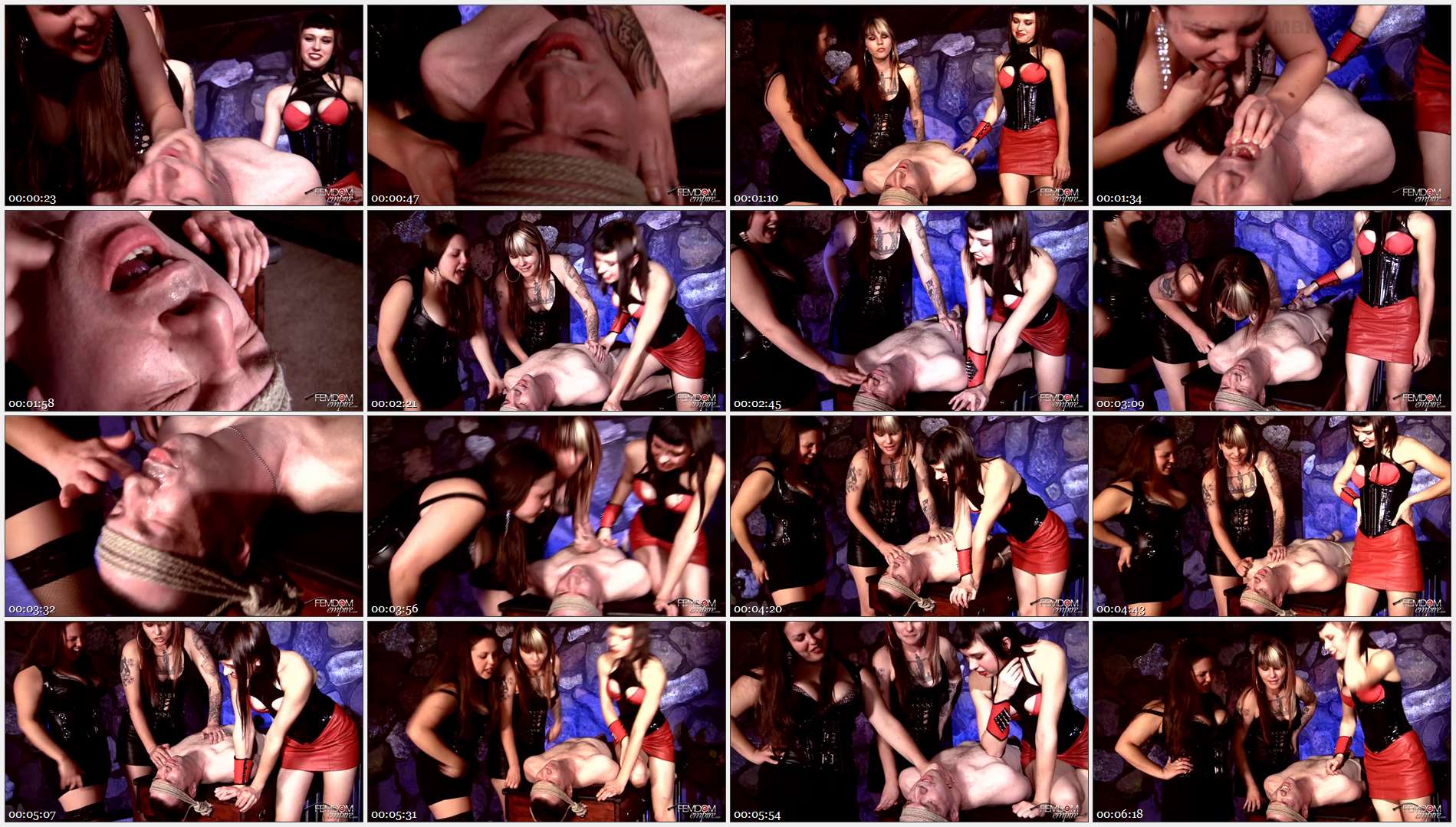