Lexi suspects her sissy of taking the spare key to her chastity while she was away. Lexi puts her sissy in strappado bondage on an electric winch while in ballet boots. Lexi asks the question, \”DO YOU HAVE A SPARE KEY TO THE CHASTITY CAGE\”

Sissy danielle starts to whimper, \”no, I dont I swear.\”

Lexi raises his arms, \”I will ask again, DO YOU HAVE A SPARE KEY TO THE CHASTITY CAGE\”

Lexi raises sissies arms over her head in a terribly uncomfortable extreme bondage position, danielle only has her ballet boots to try and balance on.

Lexi fucks her sissies ass while interrogating her about the key. sissy cries out in pain while Lexi forces FORCES A CONFESSION OUT.

The audio is a bit scratchy from a mic problem, but the action is hott. 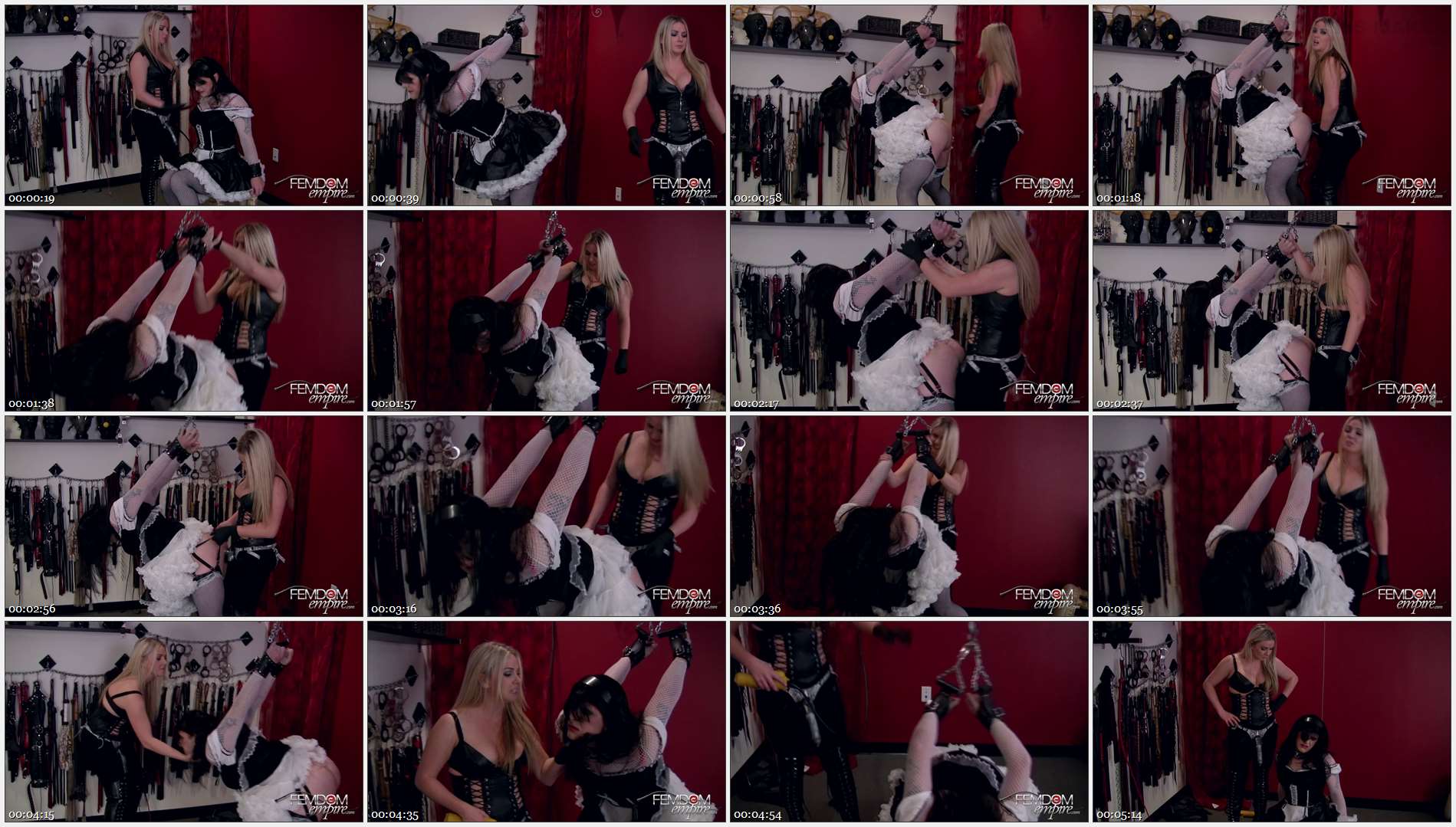