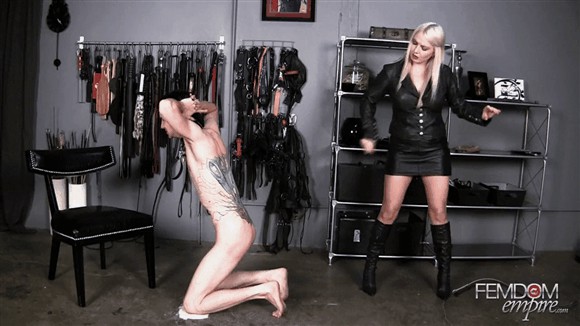 Lexi is keeping her slave overnight for an extended training session. She wants to break him completely, both mentally and physically. She has planned a series of endurance tests to challenge her slaves stamina and submission.

For the first test she makes her slave kneel on rice, which becomes very painful very quickly. While the slave is trying to endure the pain on his knees, Lexi begins to whip his back while he moans in misery.

Next the slave is made to endure the coin test. Lexi places a coin on the wall and the slave is ordered to keep it up with his nose; if he drops it, he is beaten again. While the slave is holding the coin up Lexi lights up a cigarette and begins to blow smoke in his face, setting him up to fail. As soon as the coin hits the ground she is ready with her leather strap to whip his ass. Lexi whips his ass red then hangs lead weights from his balls while she canes his cock with a thin but brutal graphite cane. Lexi switches between teasing his cock hard then beating it soft again, experimenting with the extremes of pleasure and pain. 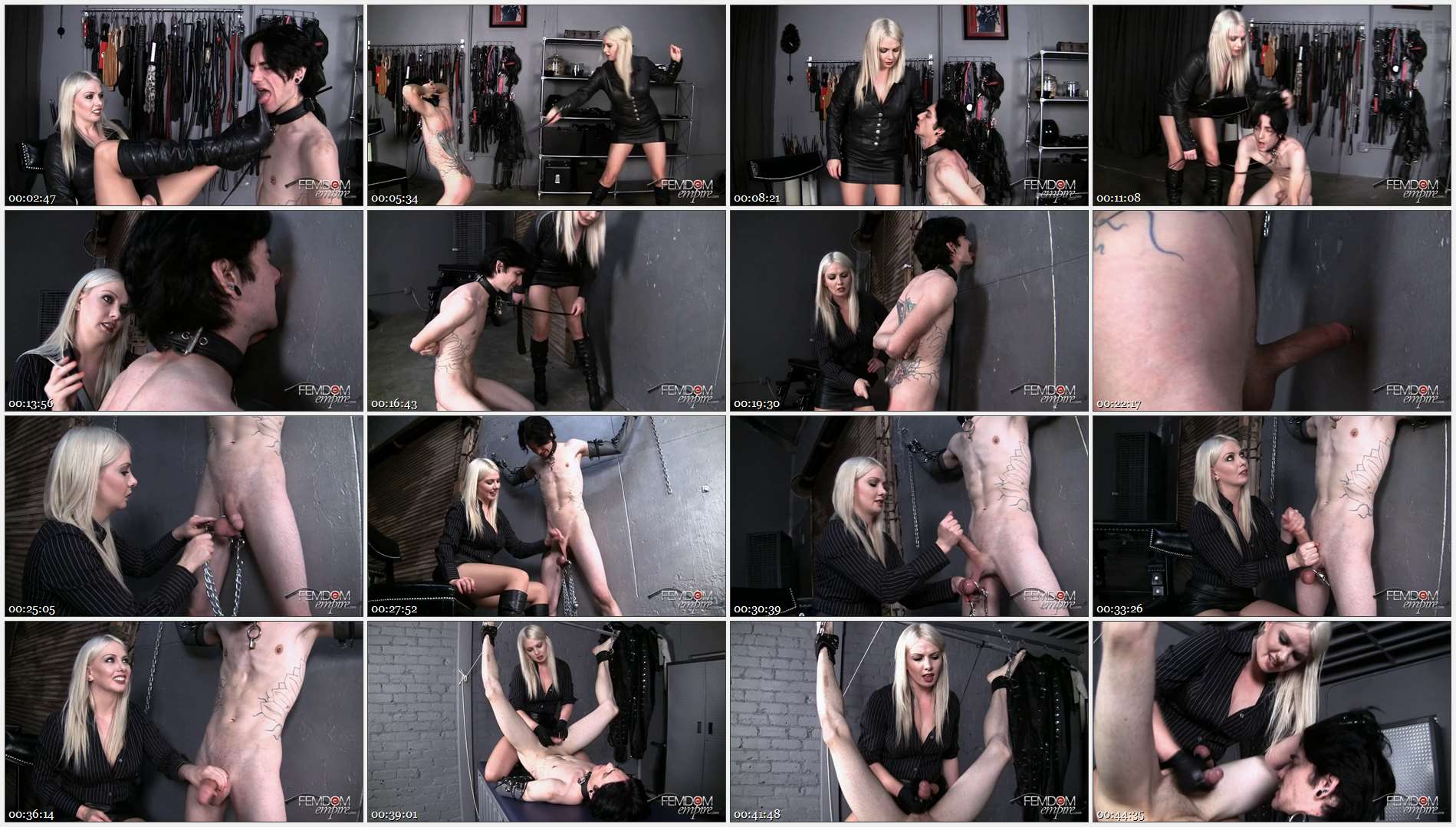