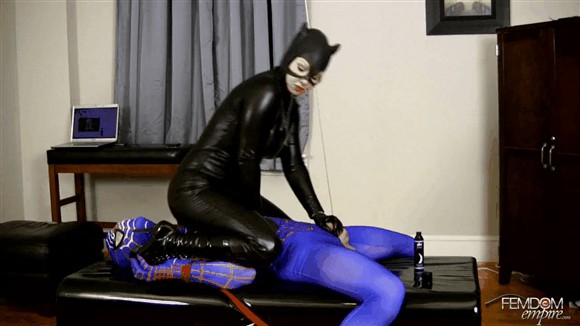 After capturing and whipping Spider Man, Catwoman reveals her evil plan. She is going to extract his radioactive DNA so that it can be analyzed by the evil Professor, who has promised to give her all of Spidey’s powers to go along with hers! Spidey struggles with all his might, but in his weakened state he is no match for the extracting prowess of his Feline tormentor. She easily stops his struggles with her boot, then forces him to release his DNA right into her hands. The evil Super Villainess can not resist gloating over her victory, making the defeated hero stare at his lost DNA. 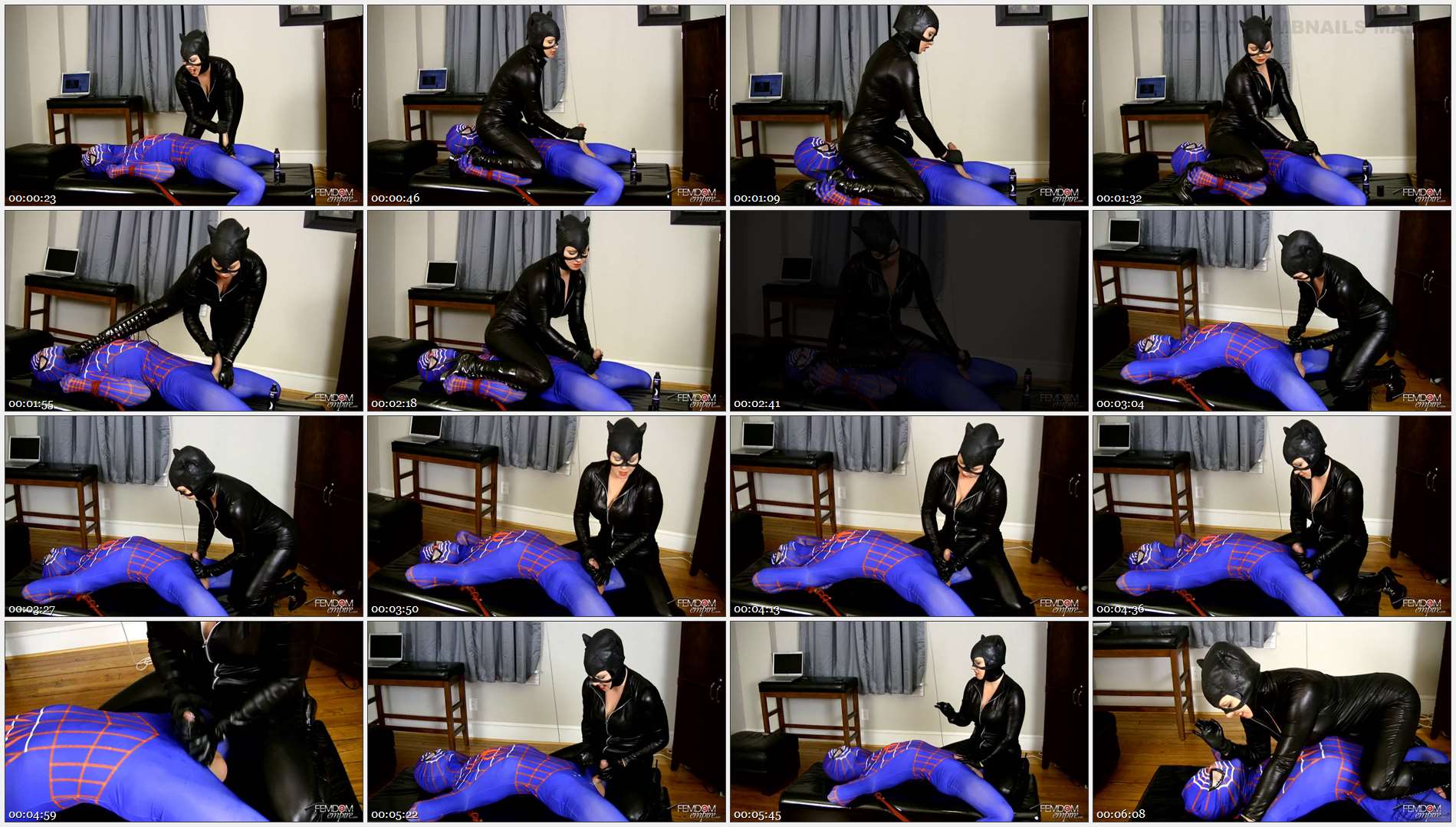