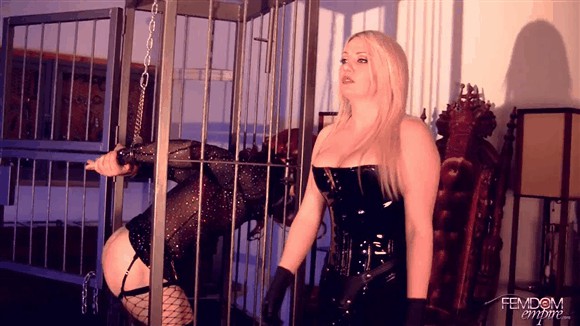 Mistress Lexi’s sissy slave is locked in a cage, with his head clamped down and arms handcuffed behind his back. After a year of banishment, he has begged to serve again – but Lexi is not about to let his previous actions go unpunished. 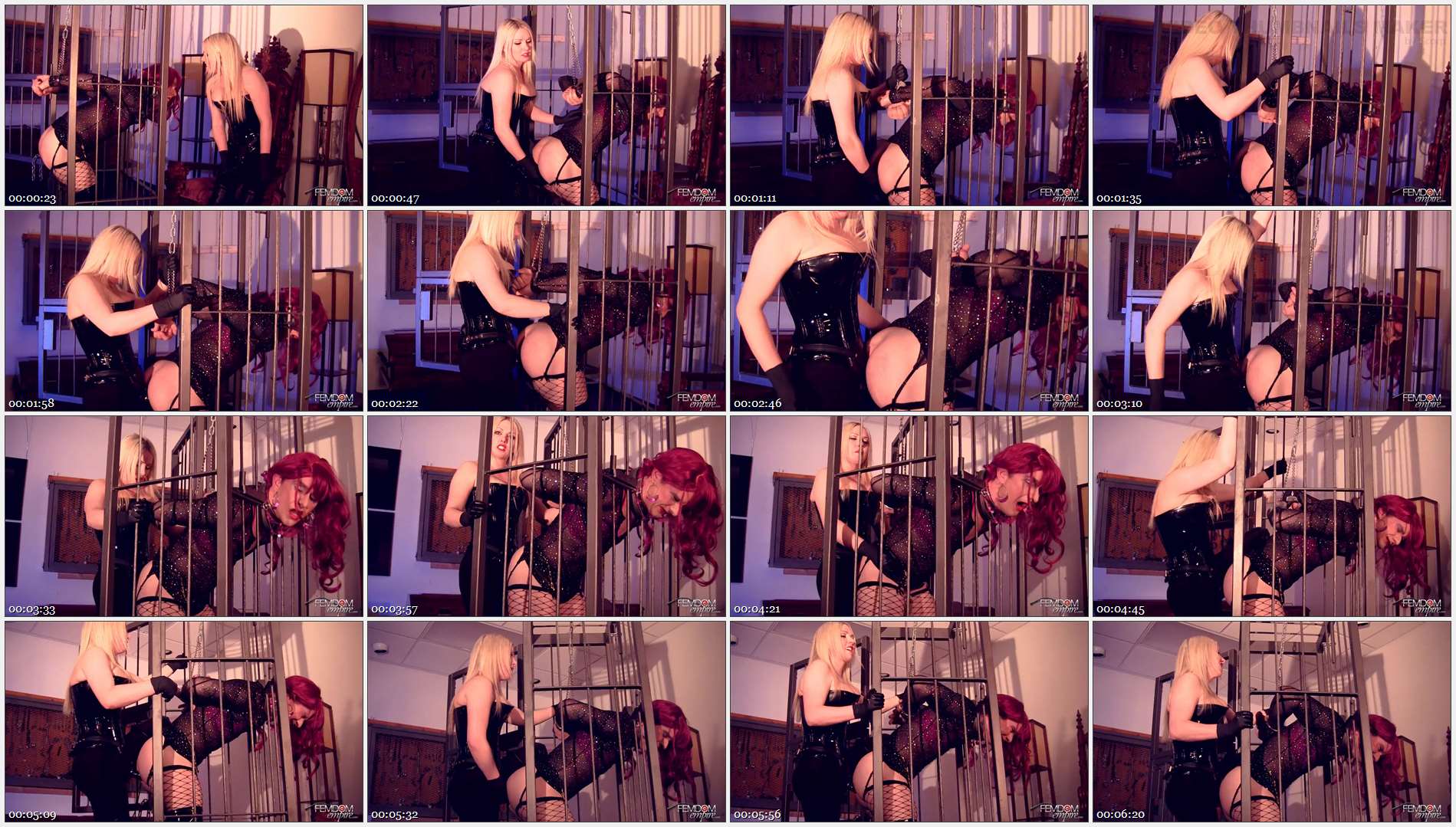