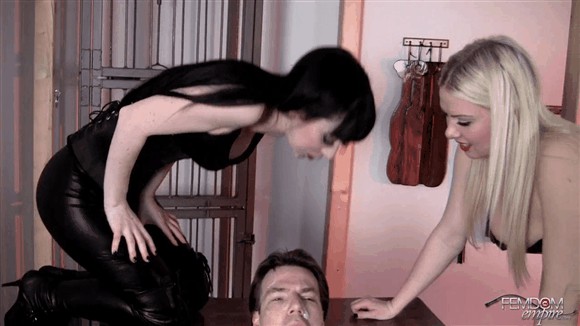 Mistresses Lexi and Mina are in the mood to totally humiliate their slave, so they decide to make his face a human spittoon. After locking him in a cage with his head sticking out, the Mistresses spit and hock loogies on his face again and again, covering him in spit and snot. To make sure he eats every drop, the Mistresses use their boots to scrape the snot and spit off his face and wipe it on his tongue. The more their spit bitch suffers, the more the cruel Mistresses laugh and giggle at his plight. 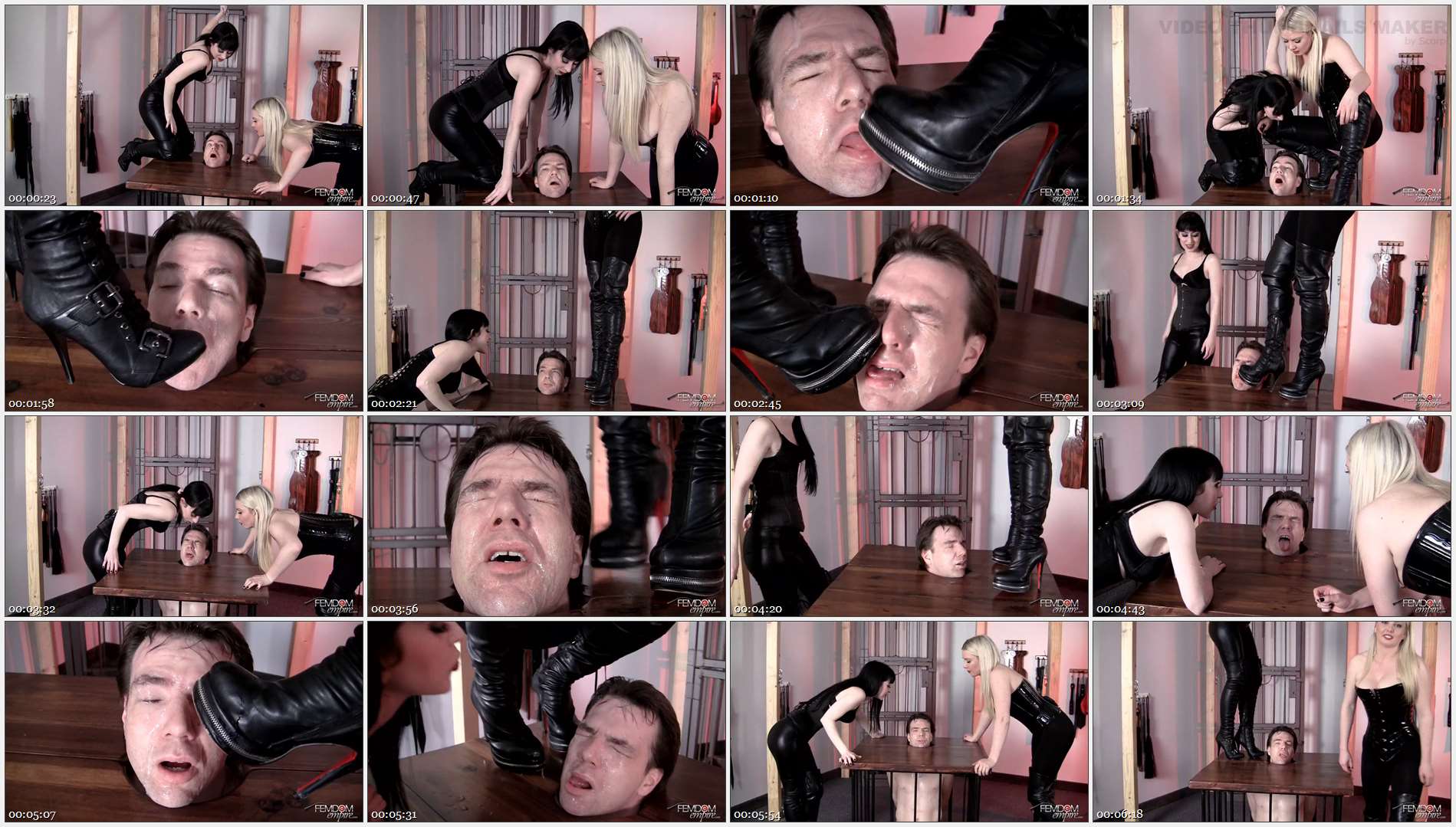