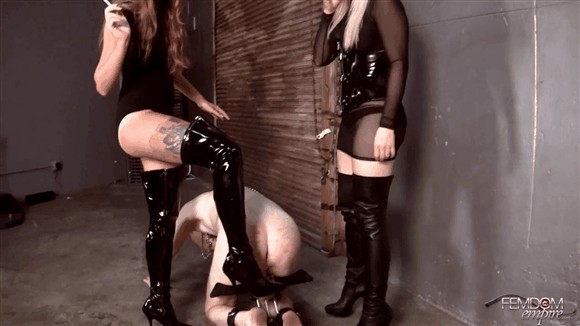 Mistresses Lexi and mona totally denigrate and dehumanize their slave bitch just for their amusement. Locked in a ball stretching humbler, he is helpless as they drop the hot ashes on his helpless balls, causing him to painfully jerk again and again. The Mistresses then use his mouth as an ashtray, making him wash down the ashes with their spit.

After noticing some of the spit got on their boots, the Mistresses make the slave lick that up as well. The Mistresses enjoy seeing mud on his face, so they decide to use him as a human boot wipe as well. As they sit on their throne, the pathetic slave tries to clean their boots, but only succeeds in muddying his face even further. After making him gargle the mix of ashes and mud, they leave the humiliated slave lying on the floor, filthy and humiliated. 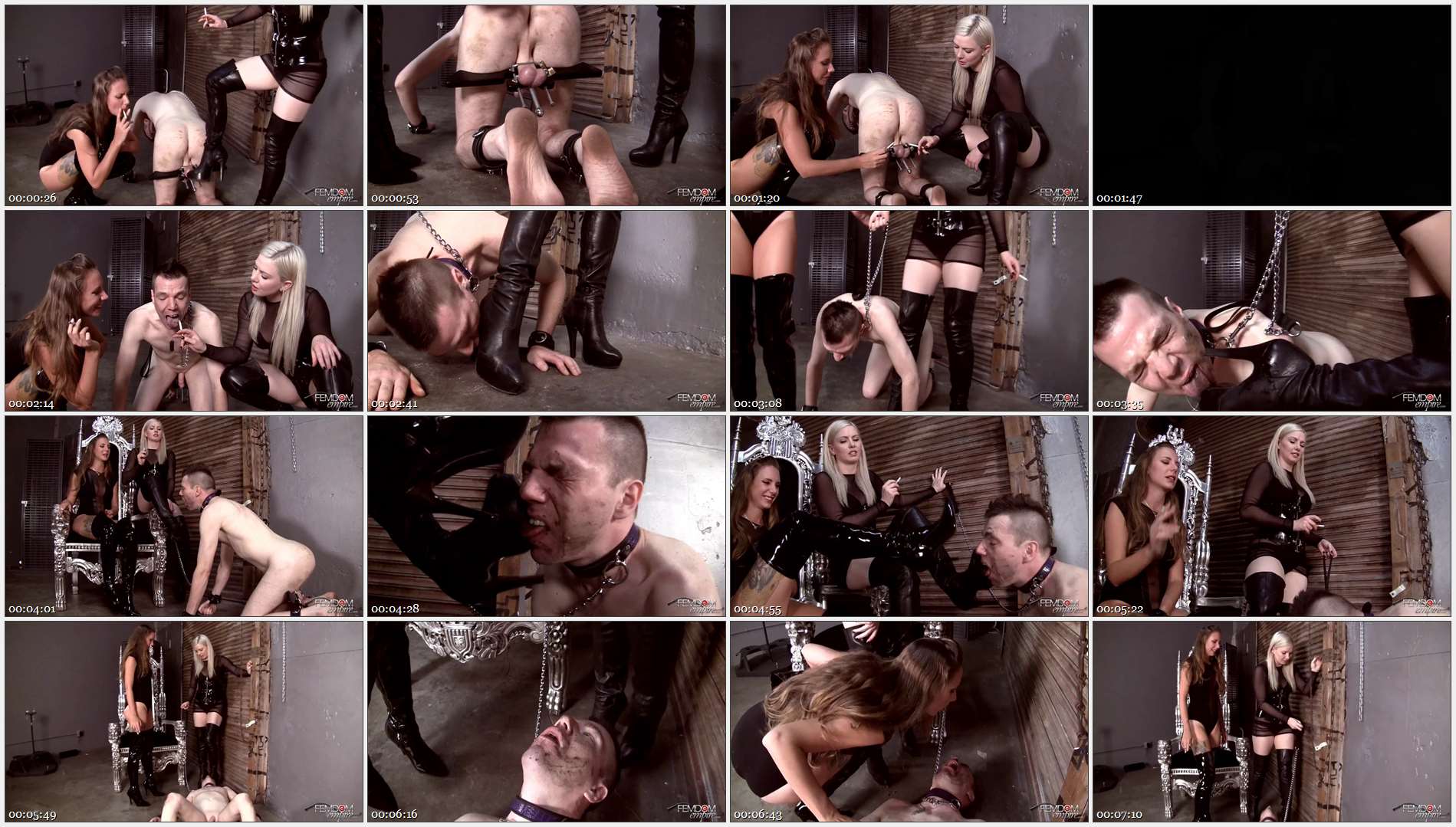