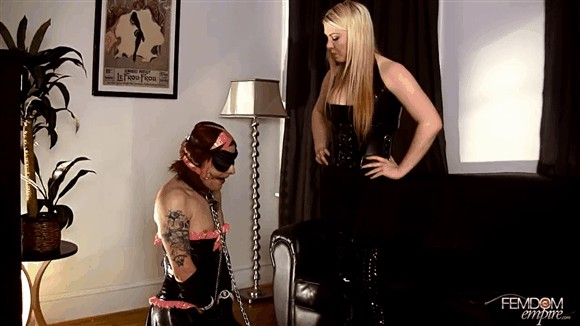 Mistress Lexi’s sissy maid has been acting up, and sometimes sissy slaves need the firm hand of a man to help set them straight. When Lexi’s boyfriend comes home, she informs him that their sissy slut has been misbehaving. On her hands and knees, the sissy is used as a footrest for her owners while they negotiate a punishment. The couple decides that their sissy will need to be physically disciplined for her actions. While Lexi’s boyfriend is submissive to her, he really enjoys degrading and humiliating sissy men, especially when Lexi joins in on the fun.

Sissy bends over and pulls up her skirt, exposing her pale unmarked ass. Lexi starts off her punishment with a riding crop, but it is not long before her boyfriend wants in on the fun, punishing the slut with a leather strap. Then the couple take turns using a single tail whip on sissy’s ass. sissy just squeals like a bitch while enduring the dominant couple’s punishment. But sissy’s ordeal is not yet finished, as the boyfriend is all worked up from the punishment and plans to use sissy to satisfy his urges…. 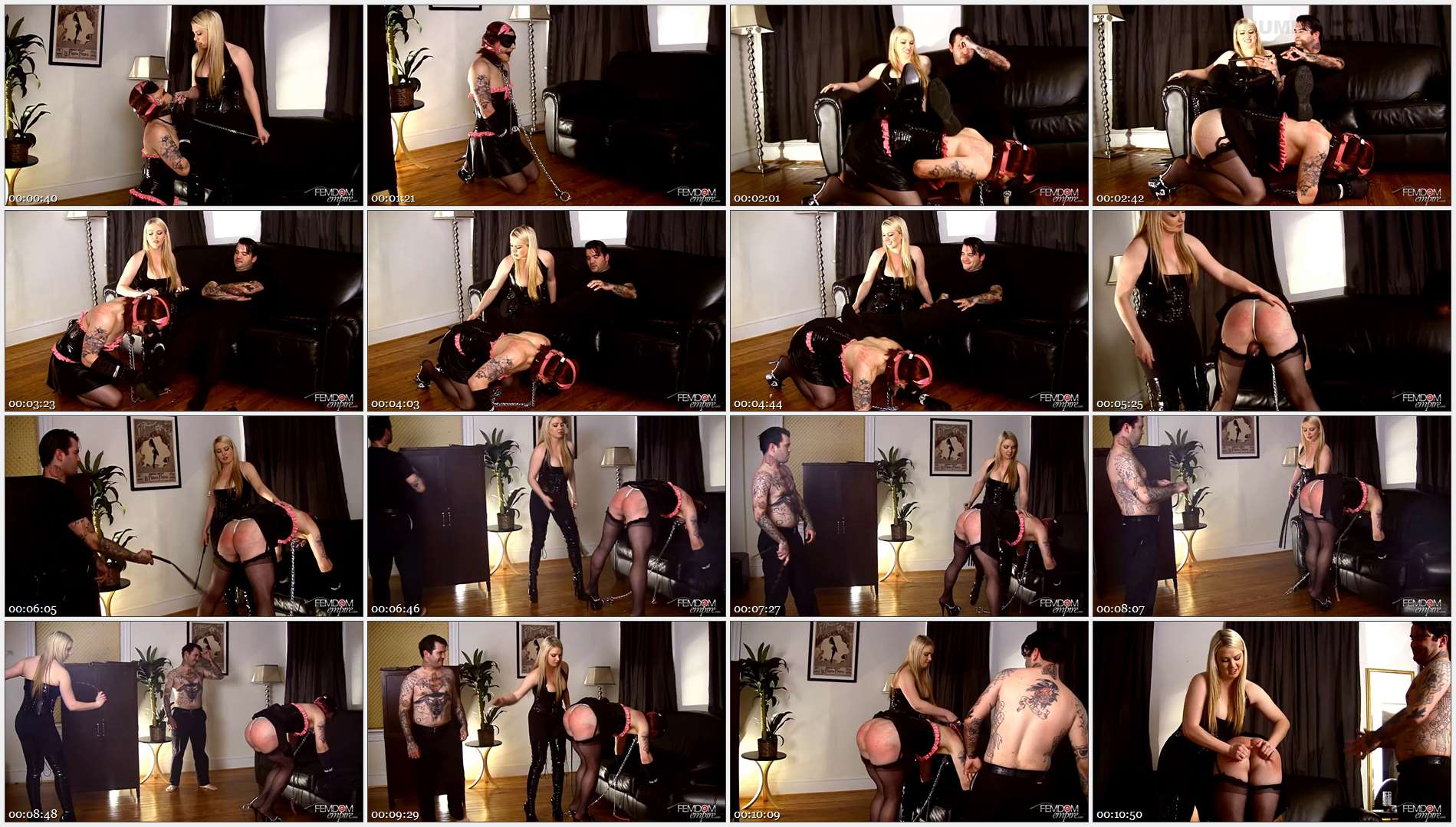