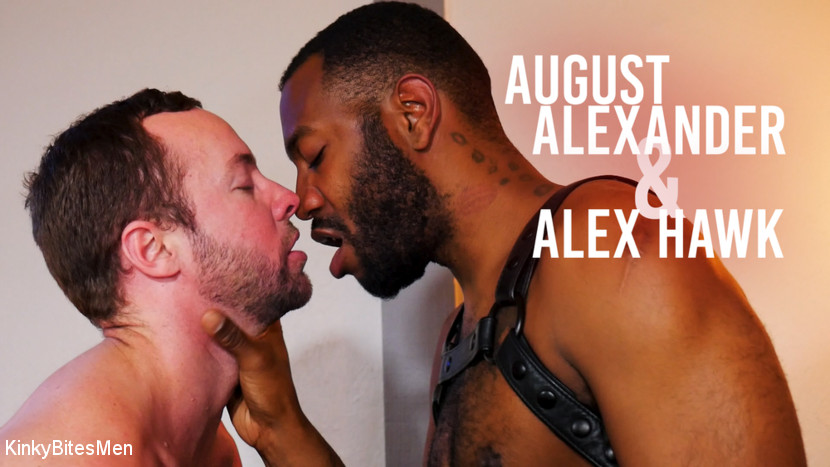 Description:
August Alexander arrives to his session with Alex Hawk ready to switch things up. Alex doesn’t think August can handle topping him and laughs in surprise as August throws him over the bed, and puts him in metal bondage. Then August puts Alex on his knees and pulls out his rapidly thickening cock. Alex eager swallows August’s cock and worships his balls. Maybe he could get used to this. August fucks Alex’s mouth and then pushes him up on the bed to get access to his sweet ass. Alex moans around August’s cock as August eats his asshole out and gives him firm spanks. Next, Alex is bound to the bed and at the mercy of his former submissive. August smirks and begins tickling Alex all over! Alex squirms, trying to get away, but his bonds hold tight as August finds all his sensitive spots. After tickling, August pushes a fat plug into Alex’s hungry hole. Alex groans as August fucks the bulb in and out of his tight hole. Once he’s loose enough, August sinks his big cock into his slut. Alex loves getting his hole wrecked. He takes every inch of August’s cock and demands more. In the final scene, Alex worships August’s cock, gets fucked again, and is rewarded with August’s fat load all over his well used ass.