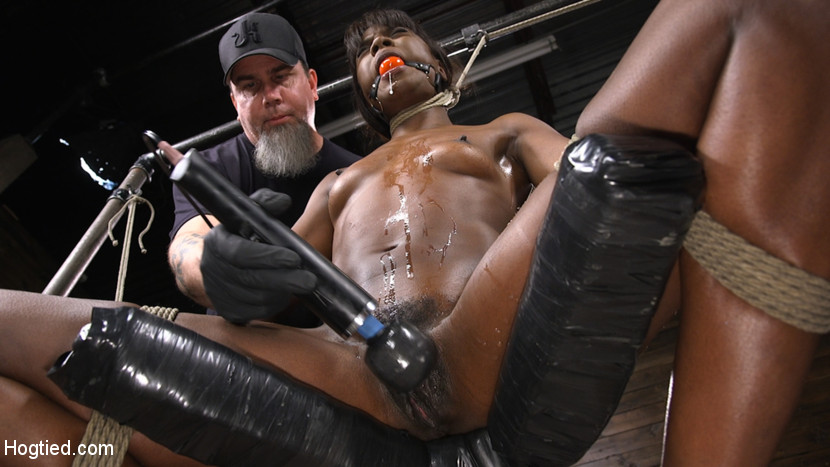 Ana is one of the most beautiful women we have ever seen, and she loves to be bound and tormented. Her body is tight and fit, her face is angelic, and her flesh pristine. What happens when you take the perfection that is Ana Foxxx, and add the sadistic mind of The Pope? You get a mind-blowing shoot that puts her body on display, as she is tormented and put through the paces. Ana begins in a standing position, but not just any standing position. she is in a predicament that keeps her body stressed throughout the entire scene. Her body is pulled in all directions which is painful enough, but then The Pope enters and begins his manipulation of her body and mind. She is flogged, then nipple clamps are added before she is allowed to have her first orgasm. More orgasms quickly follow and Ana’s face leaks with drool as she orgasms uncontrollably. In the next scene, we have Ana in a seated position with her legs spread, her hands pulled down, and her neck pulled up. A bowling ball is added to her neck to restrict breathing enough to make her control herself for the duration of the scene. A crop is used for precision to get all of the sensitive parts as she struggles to breathe. He is relentless with his punishment and her faces show signs of breaking as the torment goes on. As this scene nears its end, her body has clothespins added and then flogged off. She is made to cum multiple times before the scene concludes as he reward. The final scene begins and Ana is face down and bent over with her ass in the air. Again, Ana is made to endure a brutal punishment issued by The Pope. He eventually gives her a dildo to fuck her face with as he continues to torment her. Next the didldo is shoved into her tight pussy and she is fucked, vibrated, and finger fucked until she forgets her own name. 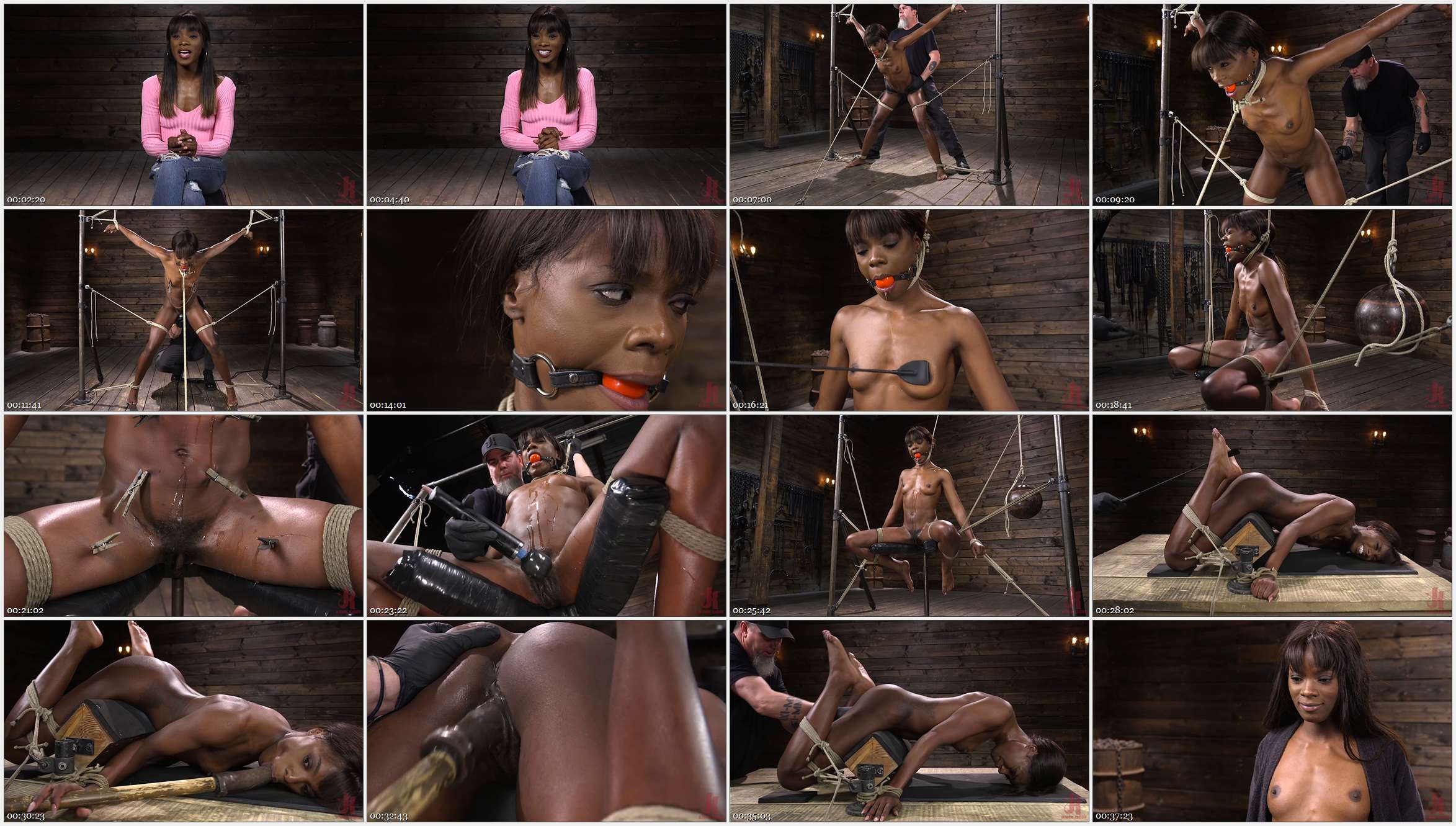