Every man who passes by Kendall Karson can’t help but stare at her beautiful 32DD’s. She is sick of the constant attention to her tits and she intends to give this slave an up close viewing of her tits. She folds her body over him until her soft pillows are against each side of his face. A desire comes over Kendall to press her tits harder against his face burying him in the valley of cleavage, smothering him completely with her tits.

She bends down again. This time she wraps her arms around the back of his head squashing his face tight up against her chest. The warm flesh of her boobs pressed tightly against his face. It felt good to the slave until he realized he couldn’t breathe. His nose and mouth were completely smothered by her flesh. He tries to squirm out. Kendall wraps her arms more tightly around his head, keeping his face wedged in her cleavage.

Kendall shifts positions, relaxing her grip long enough to allow him a shallow breath. She straddles his body then presses back down again, smothering him in the warm space between her breasts. She plays a game for a while, each time pressing down longer and longer between allowing him a breath, until he thinks he must pass out for sure. 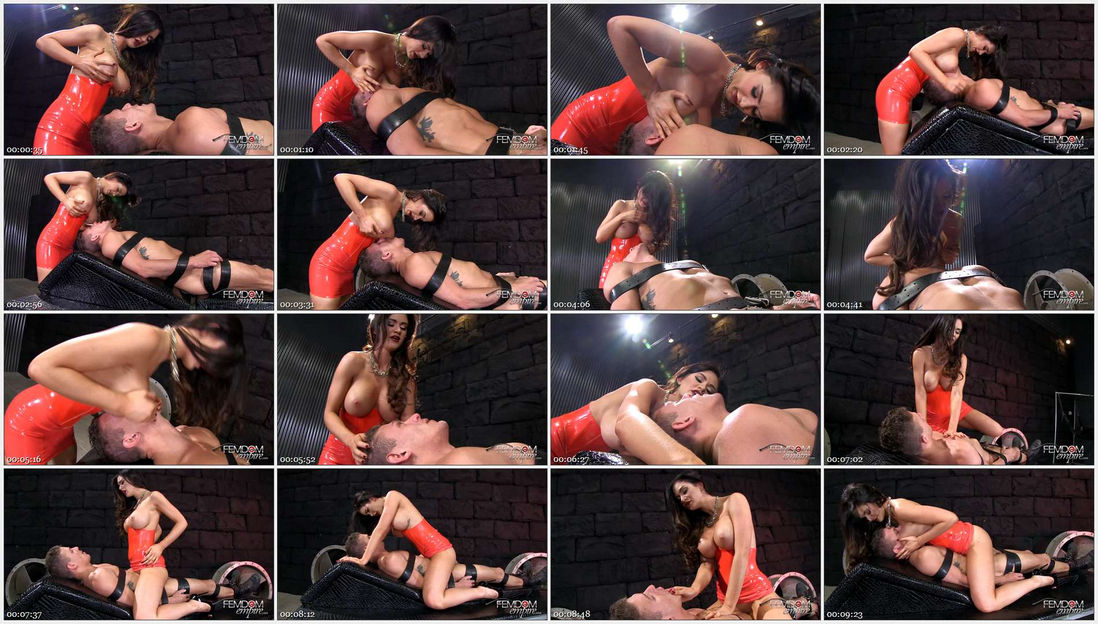 Cam Damage, – Fly On The Wall