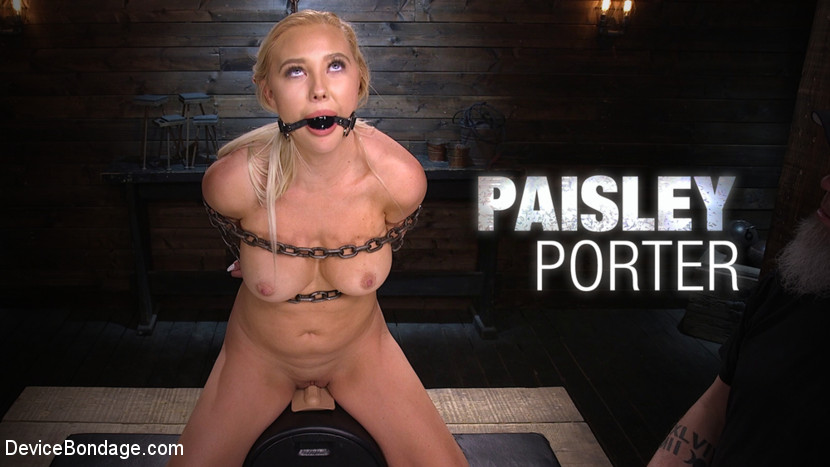 Paisley Porter started out as model for some of the biggest magazines in the world. After becoming a star in her field, she decided to make the jump into porn, and with that she wanted to work for Kink. This California girl needed some bondage and discipline, and she came to the right place. The Pope gives her a crash course in traditional bondage and domination. Paisley is the perfect damsel in distress, and The Pope can’t wait to see how far she will go. She is clearly afraid of his floggers, so he uses them to instill fear quickly. She attempts to run, but with leather cuffs restraining her, she doesn’t get very far. The Pope doesn’t want to scare off this newcomer, so he moves on the orgasms, so he doesn’t overwhelm her too quickly. Next, Paisley is bent over with her face pressed against the box that she is on, and her hands are pulled out beside her and locked in steel traps. The fear of not being able to stop him is almost as bad as the torment itself. He introduces her to a cane, and uses it to torment different parts of her body before fucking her pussy into non stop orgasms. The final scene opens with Paisley perched atop the sybian with chains restraining her. She has no idea what is about to happen, and as the orgasms pour out of her pussy, we see her slowly slip into full submission. 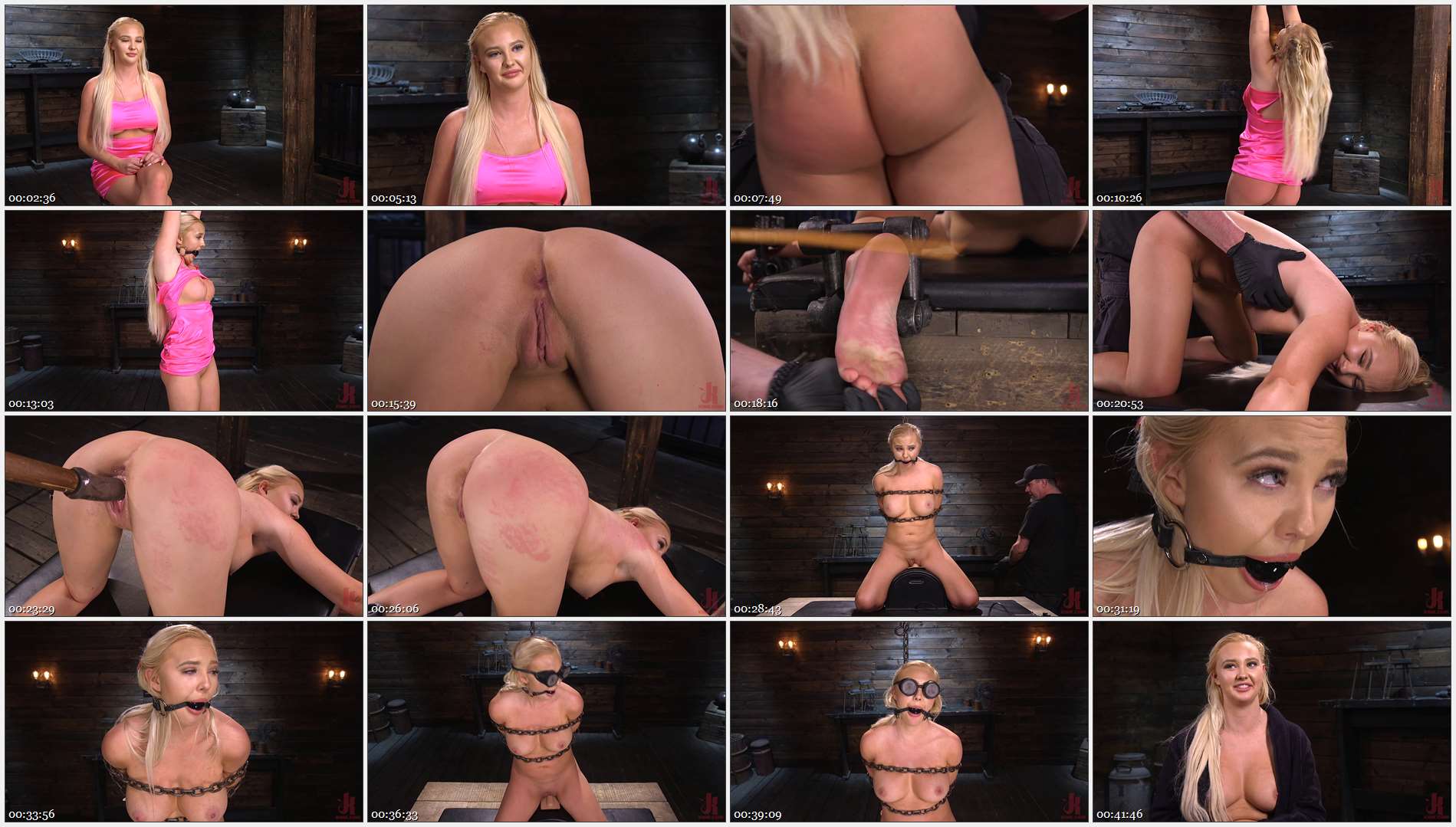