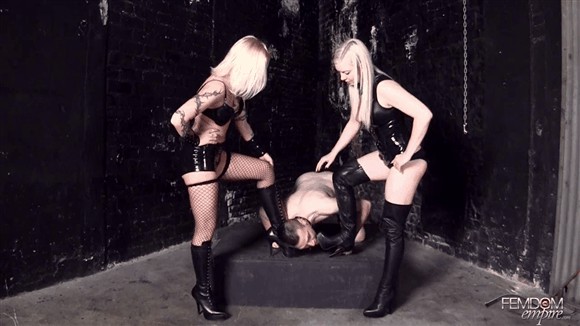 Mistresses Lexi and Coral have already dragged their slave out of bed and heartlessly beaten him, and now it is his time to show his appreciation for their cruelty. The Mistresses demand that the slave worship and clean their boots as they humiliate him for being so pathetic. In no time the dirt on the bottoms of the boots from the old warehouse has covered his tongue in black filth, so the kind Mistresses \”help\” the poor slave by making him lick up their spit so his tongue can be cleaned. Satisfied that their boots are clean enough, the Mistresses lead the slave away, crawling on his leash, to be locked back in his cage. 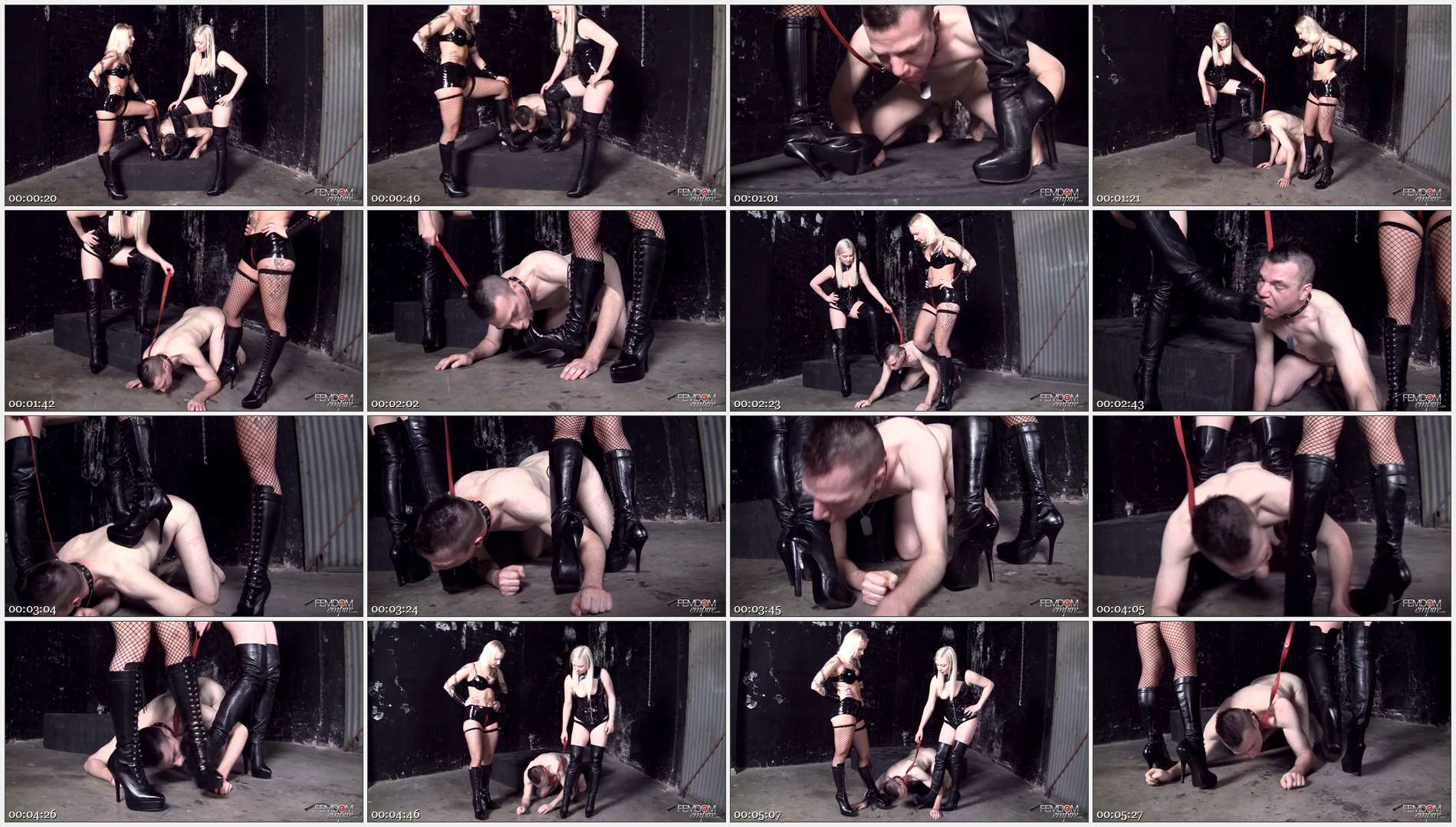