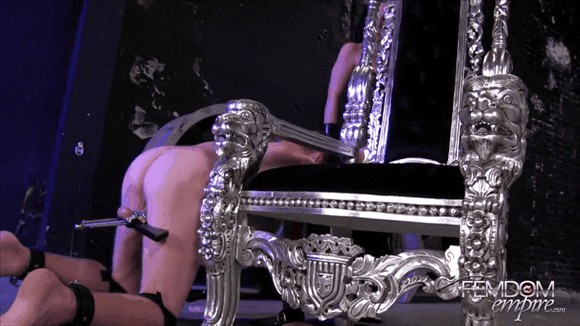 Men belong on their knees licking pussy like good pets. Mistress Katie has locked her slaves balls tight in a humbler, his balls are pulled behind his legs so that he is unable to stand. The humber is forcing him to crawl on the ground, his mouth is at the perfect height for pussy worship. Mistress Katie teases him with her round ass and black panties, she rubs her pussy right over his mouth while informing him about how he will be servicing her tonight. Mistress Katie relaxes on her throne while he licks her pussy. The though of him being restrained on his knees forever makes her so wet. The slaves licks her to orgasm, he will be spending a lot of him on his knees worshipping in-between her legs.