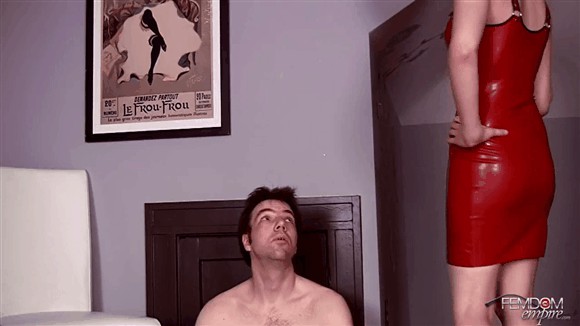 Mistress Addie is upset that her slave was unable to take the ball busting she wanted to give him. Addie lights up a cigarette to calm her nerves, and then determines what his punishment will be. She squeezes his balls and tells him that he should definitely learn to take more pain for her. Addie smacks him in the face repeatedly while he pathetically apologizes for being such a worthless slave, but unsatisfied with his apology, she squeeze his balls again while he begs her not to. Addie uses him as an ashtray, bitch slaps his face, spits on him, blows smoke in his face, and squeezes his balls repeatedly. 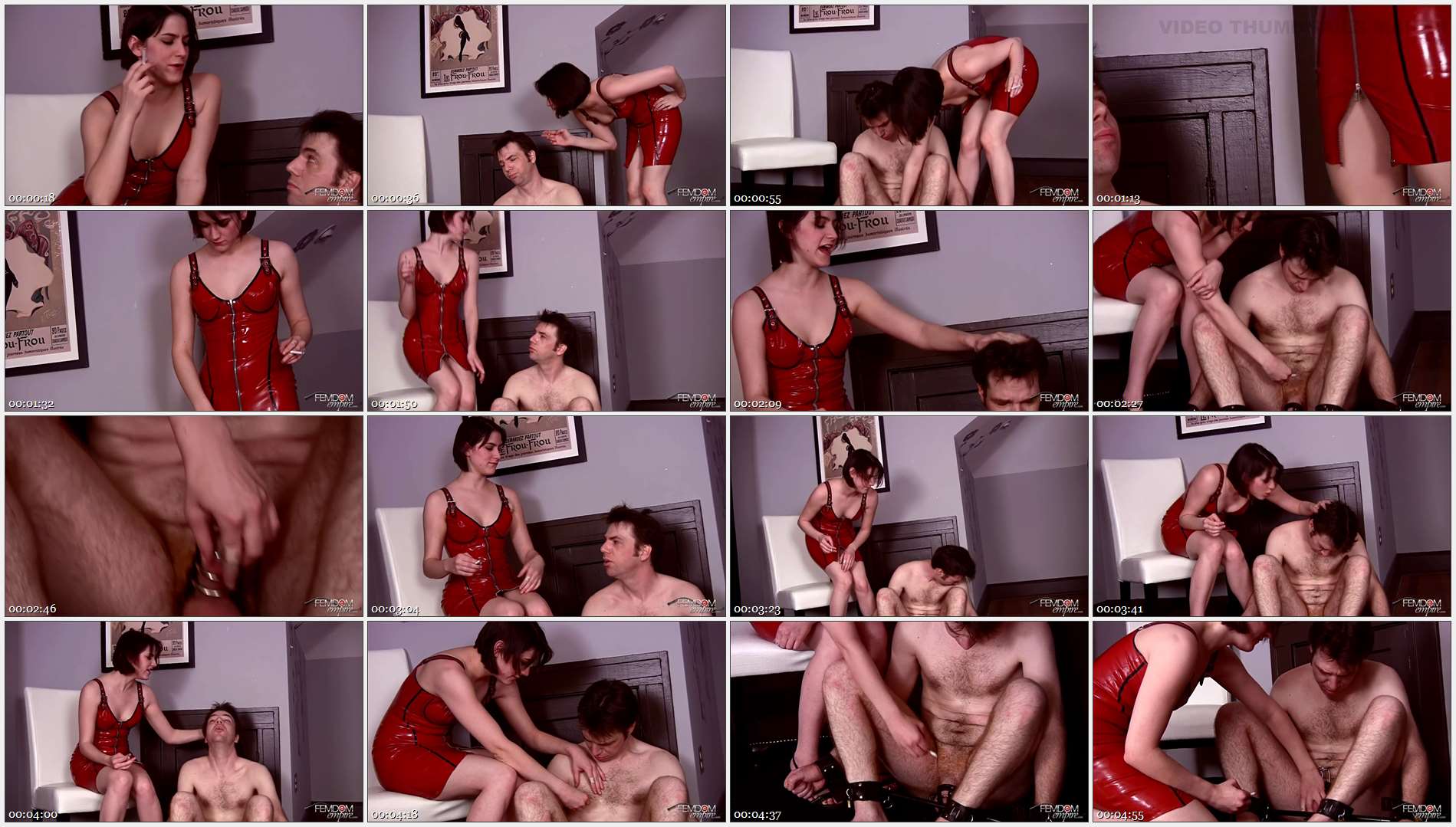