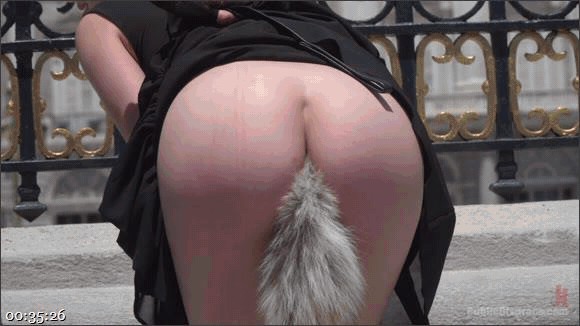 Silvia Rubi takes Aragne Spicy to the Spanish Kings Castle where she’s gagged, collared, bent over, and caned by Silvia in front of all of the tourists, all while wearing a furry tale butt plug. Silvia then parades Aragne through a sketchy Madrid neighborhood on their way to a Salon where many handsy people of the public await to have their way with her. Steve Holmes and Juan Lucho take turns fucking Aragnes face, ass, and pussy while the public cheer them on. After being DP’d by Steve and Juan Lucho every way till Sunday, Aragne swallows their two massive loads. 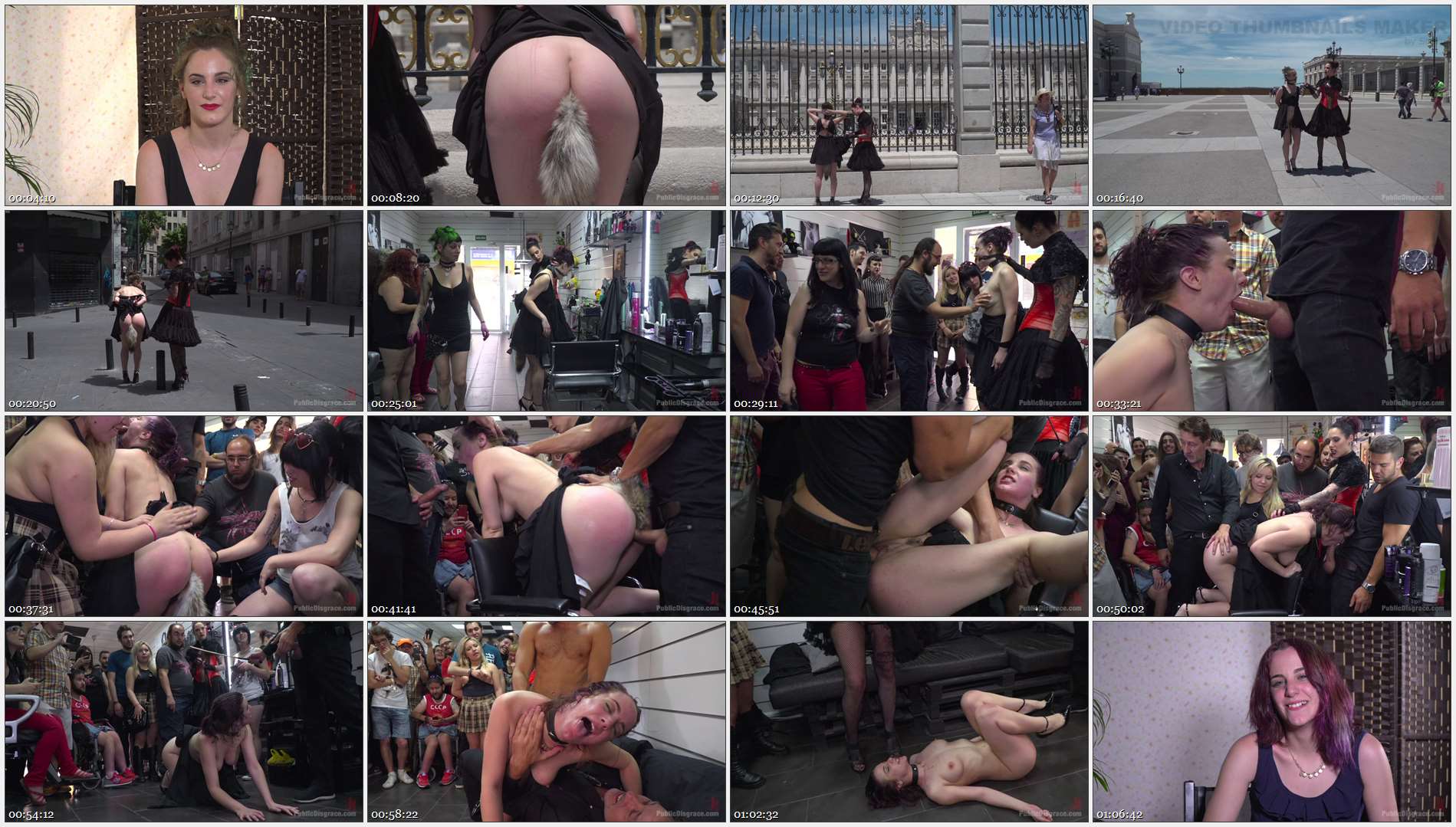