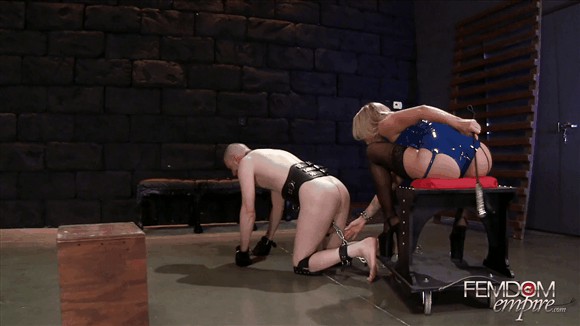 Mistress Jessa has totally dehumanized this slave into a mindless, obedient gimp, willing to suffer any humiliation or pain just to be near her. Jessa enforces his pathetic status by making him into a beast of burden, having to pull her chariot throne by his chastised balls as she cruelly laughs at him. Jessa could not care less how exhausted he gets, or how much his balls hurt: if he does not pull her fast enough, she corrects her bitch by smacking his ass and balls with her riding crop! Jessa soon orders her gimp to change positions so she won’t have to look at him, commanding him to kiss her latex clad ass as he pushes her chariot throne for a while. Jessa destroys his manhood by viciously pulling down the chain connected to his balls before ordering him to take her to his bank so she can drain his accounts. After all, gimps can’t own property; they are property! 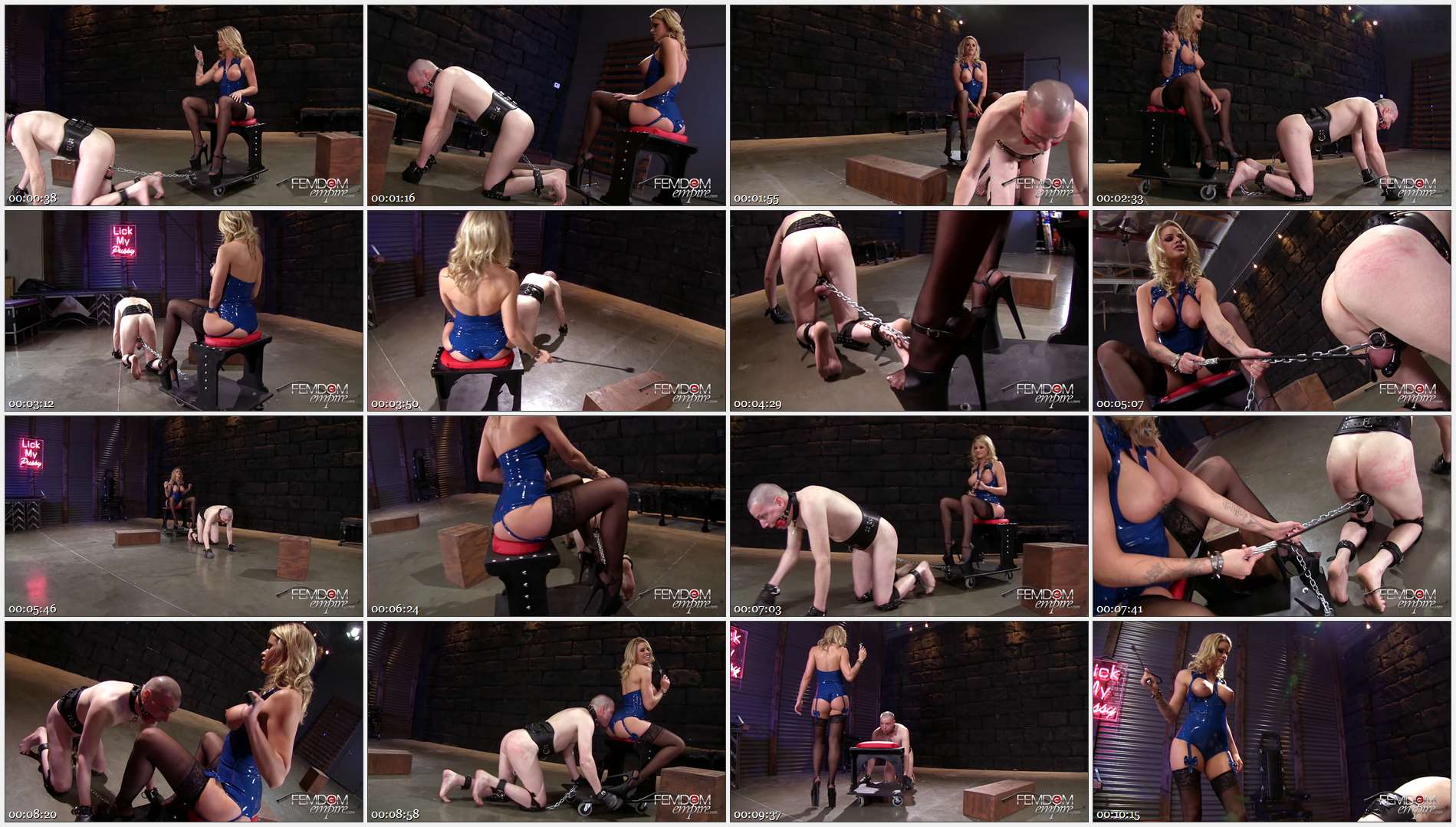 Brian Bonds – Brian Bonds: My Ass Is Open For You Sir