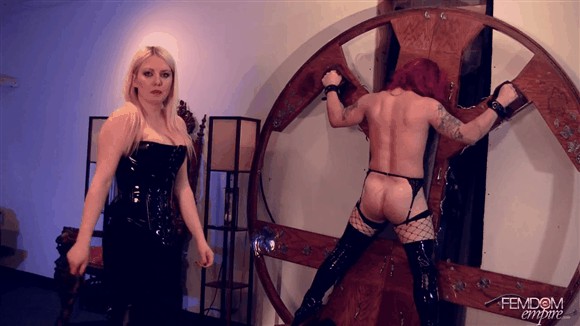 Mistress Lexi has decided to allow her sissy to return to her stable, but only on the condition that he accept whatever punishments she decides to dish out. After noticing that all of the sissy’s whip marks have healed after a year, Lexi decides to add a few more to the collection. She places him up on the Catherine’s Wheel for an extended whipping, but does not put him on bondage. She wants the sissy to willingly submit to her punishment. Lexi continues the whipping until the sissy is a sobbing, broken mess at her boots. 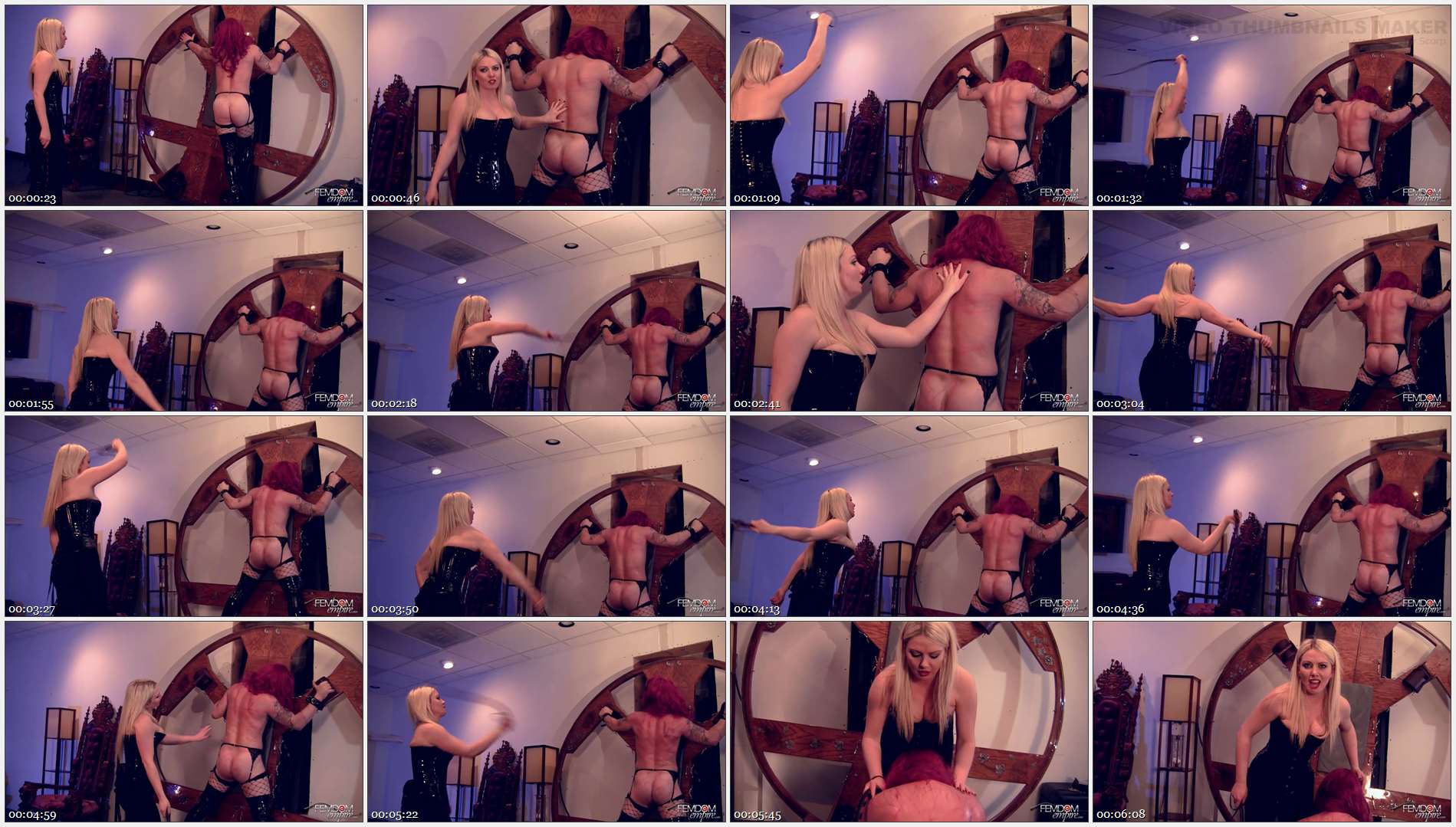