This slave has been caught trying to serve other Mistresses and is now going to pay the price for his betrayal. Lexi, Mona and Nyx deliver a serious slapdown, with everything from full windup slaps that knock him to the ground to all three of the Mistresses slapping him at the same time. Whenever the slave tries to protect himself from the slaps, one of the Mistresses is there to hold his arms or head, forcing him to take the blows as long as they want. Even collapsing to the ground does the poor slave no good, as Nyx displays her martial arts background and just pulls the slave by his legs into more face slapping. The three Mistresses continue slapping the slave until he sincerely begs for forgiveness. Only then is he allowed to return to his cage as the Mistresses smile at the punishment they have just delivered. 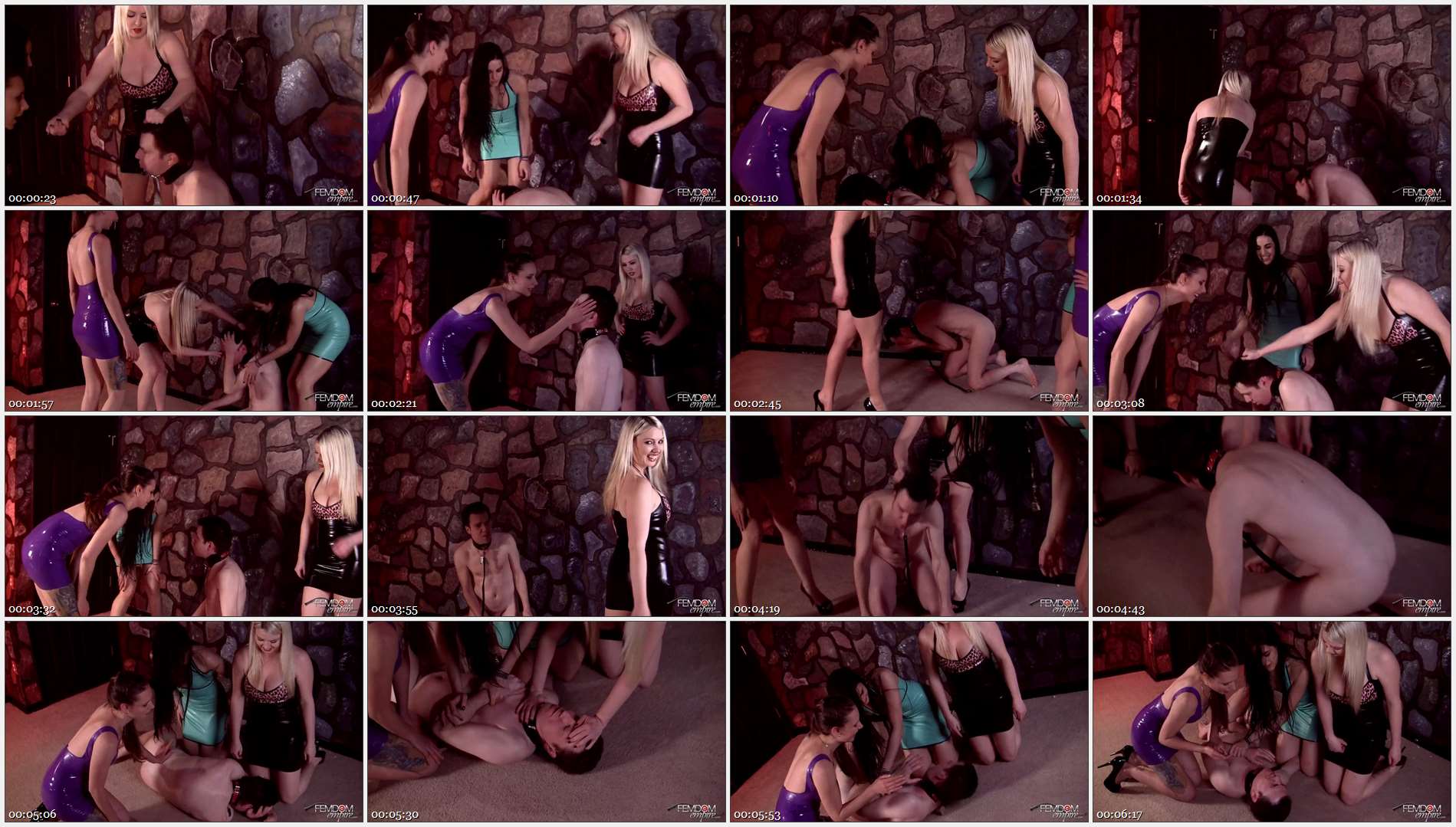 Kendra James – Cigarettes on your tongue