A Maid’s Dilemma: Simony and Zafira 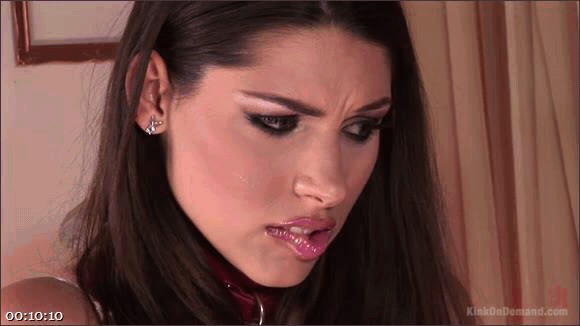 Called to service at tea time just as she was about to relieve herself, Zafira stands ready to do her mistress’s bidding with bladder ready to burst. Her Mistress is indifferent to her winning, demanding the poor girl remain in her presence while she lounges idly. Try as she does to hold it, nature breaks way with a stream that drenches her white panties and stockings creating a sprawling puddle on the wood floor. Furious at her indignant behavior, Mistress Simony commences to paddle the girl’s wet dripping panties. After an initial warming she has the girl strip and expose her offending pussy for a flogging on her tender moist puffy pussy. Thrust up as she is in the diaper position Mistress catches an eye of her pretty pink dainty bipeds waving in the air and gives them a good strapping as well, causing wails of pain from her misfortunate servant. Her anger carries on as she stripes the girl completely naked and flogs her in a standing pose. Only after a good tongue lapping, which the servant readily apples is her disposition subsided 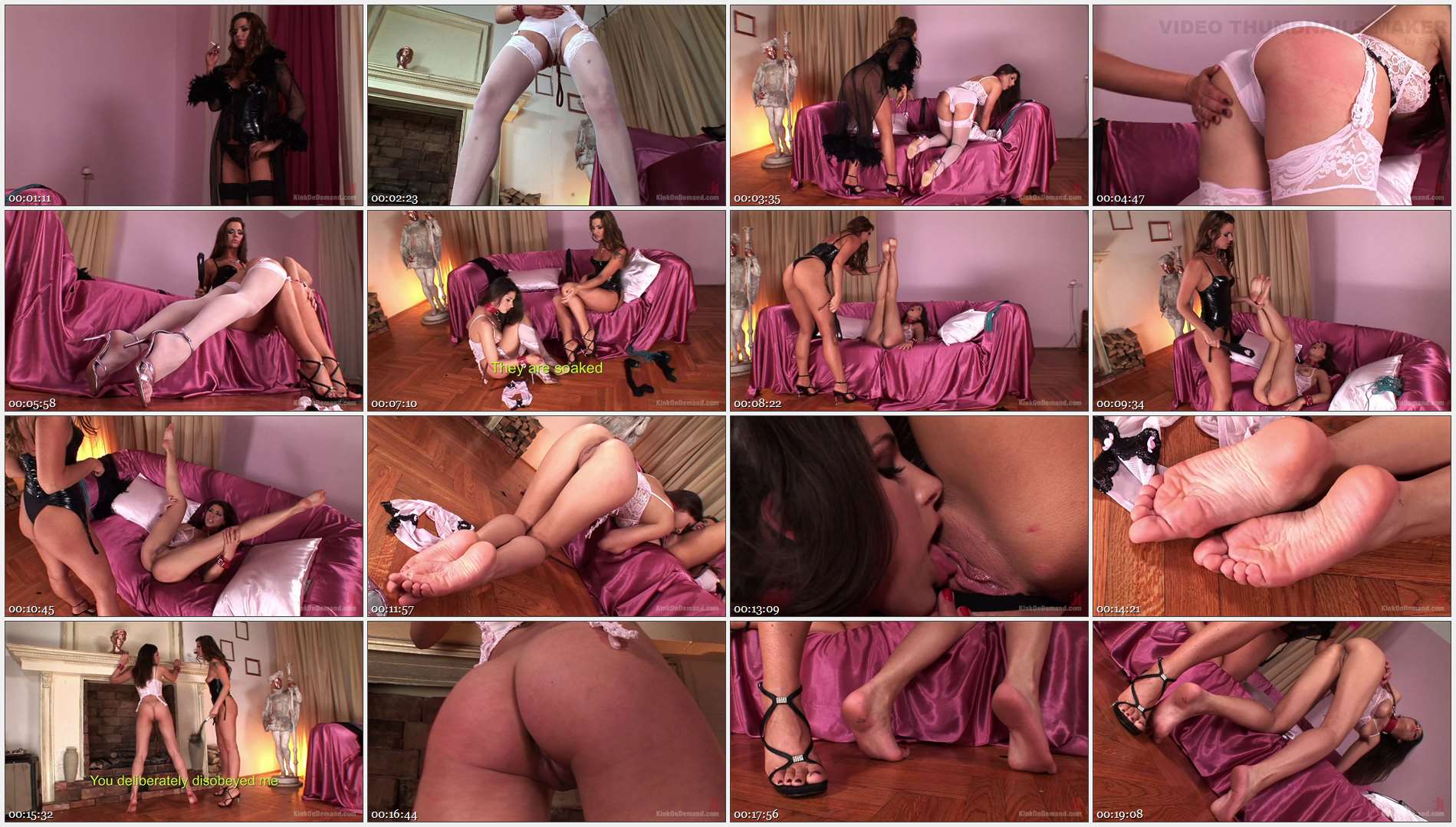