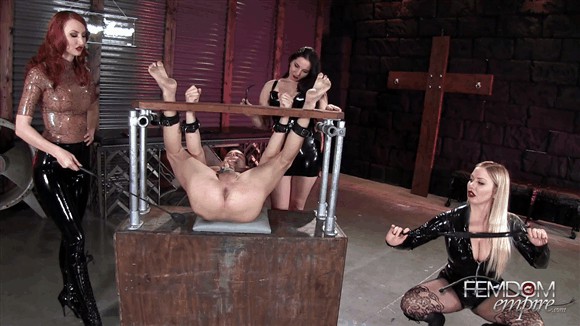 Mistresses Lexi, Kendra, and Snow have their slave in quite a diabolical predicament. With his arms and legs locked in wooden stocks and spread open, he is completely vulnerable and helpless for whatever these notorious sadists have in mind for him – which is, unsurprisingly, a whole lot of pain. Using a mix of whips, riding crops, and slappers, the Mistresses take turns abusing his ass and inner thighs, his chastised balls, and even his feet. Whenever the pain from an ass beating, or a \”missed\” whip stroke that just \”happens\” to hit his locked up balls, gets to be too much, the slave tries to get away, but all he accomplishes is lifting his ass up higher, making it even easier to beat on! When his cries of pain get too annoying, Kendra coldly reminds him to shut up because they just don’t care how badly they hurt him. By the time these vicious Mistresses are done, the poor slave’s ass and sensitive inner thighs are covered in deep red stripes. 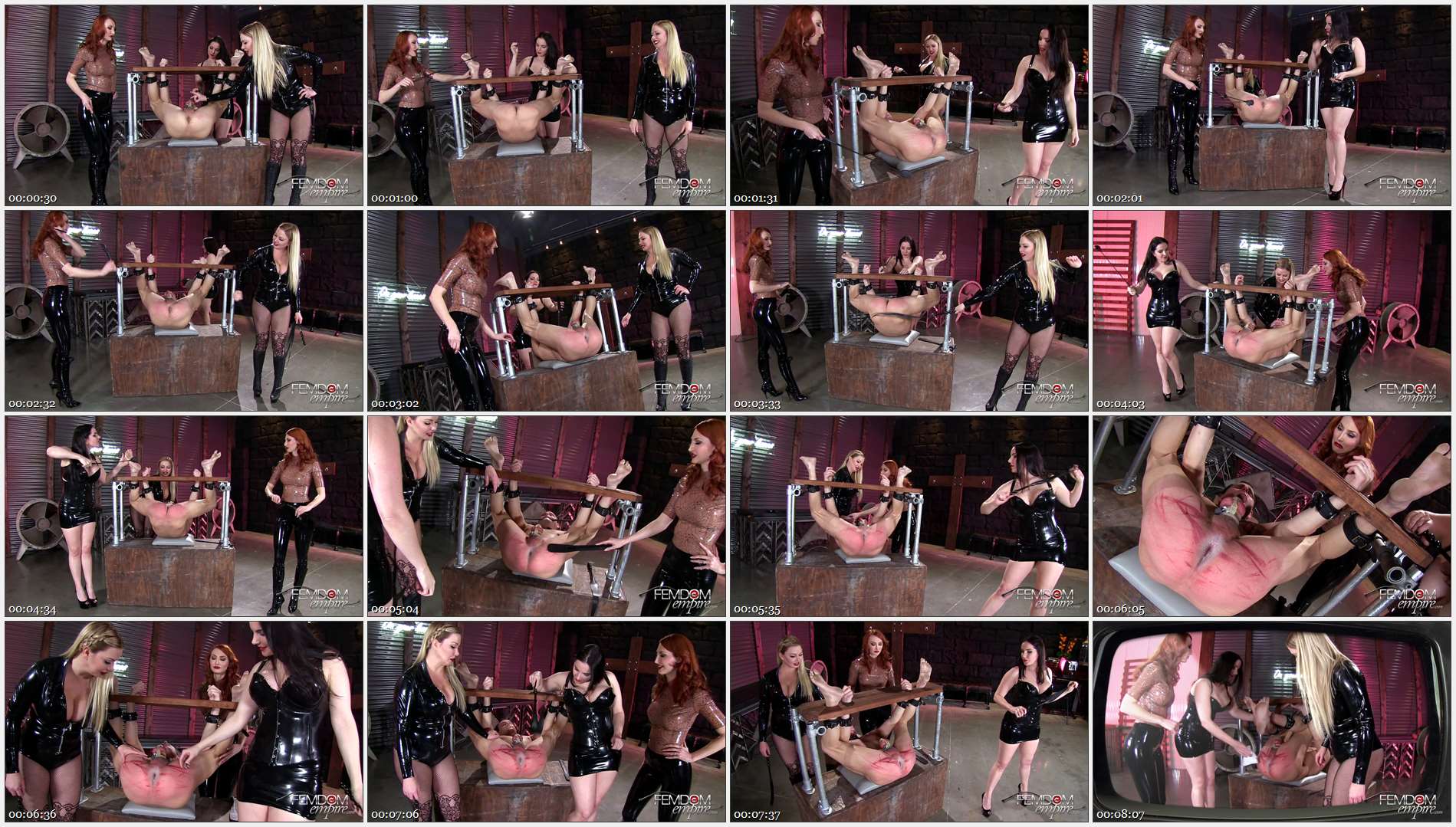