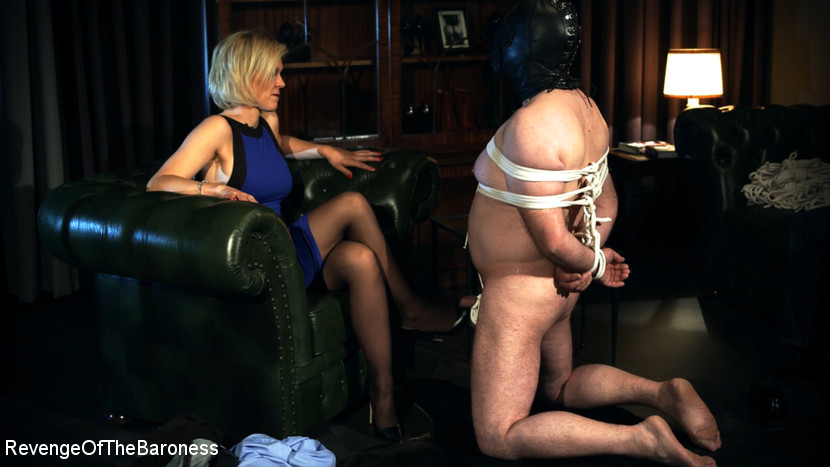 Baroness Davina Dust has a bizarre date at home. Recently she had met somebody at a fetish party: A business partner of Mr. Kayne. His play name was ‘Bondage Slave’. Now she wants to turn his fetish fantasy into reality, and she has an evil surprise for him. The Baroness ties her slave into very strict rope bondage. Blindfolded and gagged, he is at the complete mercy of the Baroness. She starts with Tease and Denial, and Spanking, but soon continues with severe nipple torment. Now wearing a sexy leather dress, the mistress gives him the caning of his life. The bondage experience gets a lot more intense! Bondage Slave has to take a merciless hogtie. Now the Baroness of evil shows him how good she is at being bad. After some very severe bastinado, Bondage Slave is suddenly talkative and tells the Baroness everything she wants to hear. As a reward he can enjoy her bondage a little bit longer. 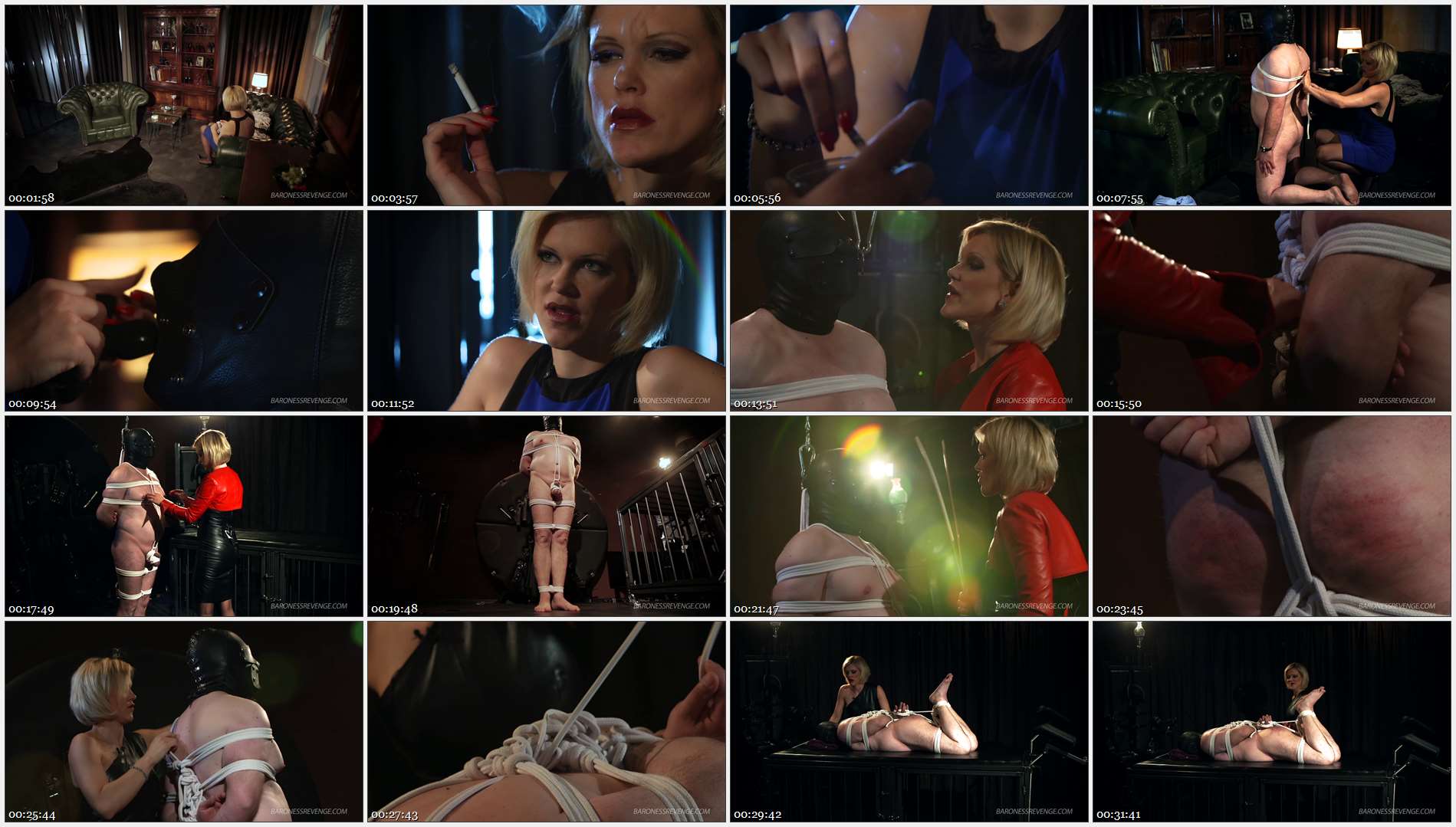