Baroness Davina Dust – Ep 14 – The Flagellant: Whipped by the Baroness 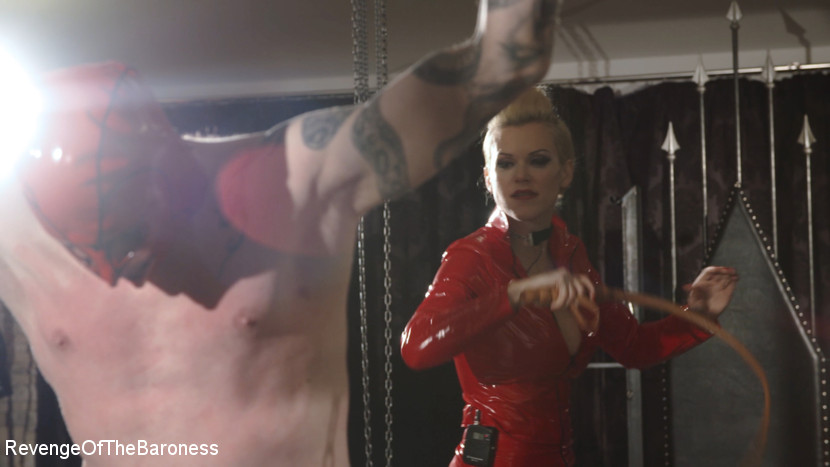 The Baroness has a new prisoner. Poor Mr. Pain is going to be turned into her compliant servant and soldier. Wearing a sexy red vinyl dress with boots, she chains him in the pillory, and then starts to whip him without mercy. She torments her slave with various floggers, she scratches his body and slaps him in the face. Then she grabs the bullwhip and shows Mr. Pain what real pain is. With painful rhythm she makes sadistic use of it. She takes the cane and strikes Mr. Pain repeatedly. Mr. Pain writhes in pain, while the chains hold him in his place. His body is full of red marks; his mind is almost broken. Finally, the Baroness ties her prisoner to a bench, giving him the bullwhip and the cane until he has had enough. With his back full of marks, he agrees to fully support the Baroness in all her activities. He is rewarded with nylon worshipping and facesitting by the Baroness. 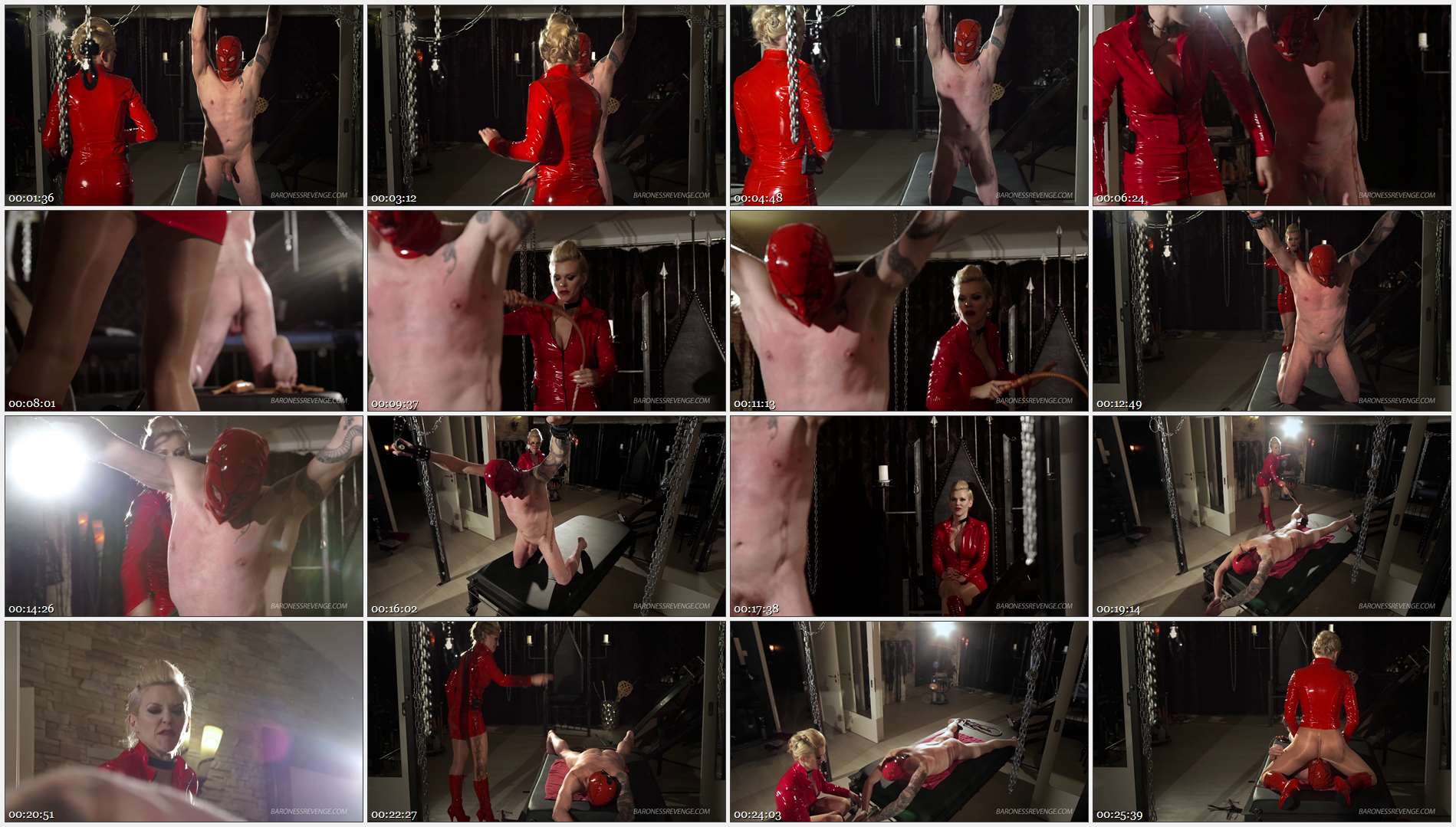