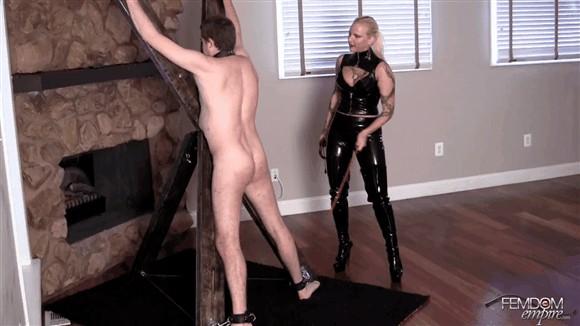 This slave has been bragging about his pain tolerance, saying that it usually takes several Mistresses to break him. Mistress Coral thinks this is highly amusing and decides to show him that one Mistress is more than enough to break a slave like him. Coral begins by caning his ass, noting that he is already flinching and squirming. But then she decides to get serious and administers a heavy single tail whipping. In no time the slave is whimpering and shaking, but Coral just keeps on whipping him until he is begs for her to stop, admitting that he is broken and can take no more. Coral mocks him, asking if he thinks he is a real masochist, and laughs at his response of \”No Mistress!\” 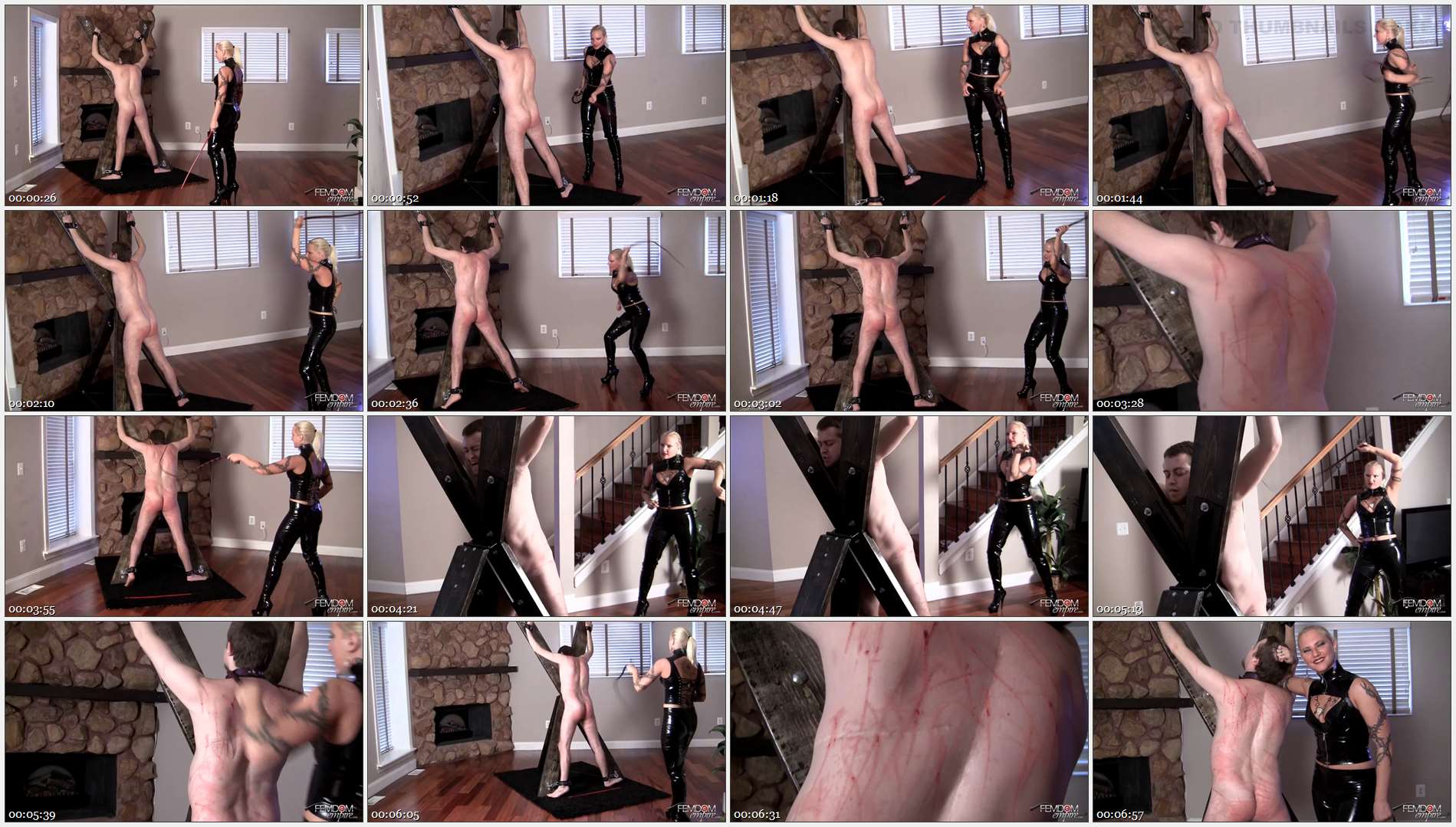