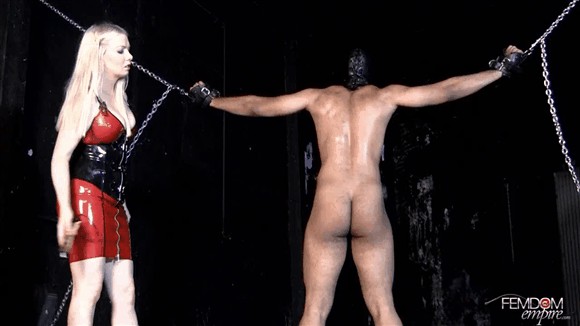 Mistress Lexi has her slave bound and ready to take his punishment. Lexi tells him that she is going to destroy his ass with her really severe rubber whip, and then she does just that. As the blows become more and more intense, the slave shakes harder and harder in his chains, but this only feeds Lexi’s insatiable sadism. Lexi just hits him harder and harder until his ass is totally red and she is satisfied that he is totally broken. 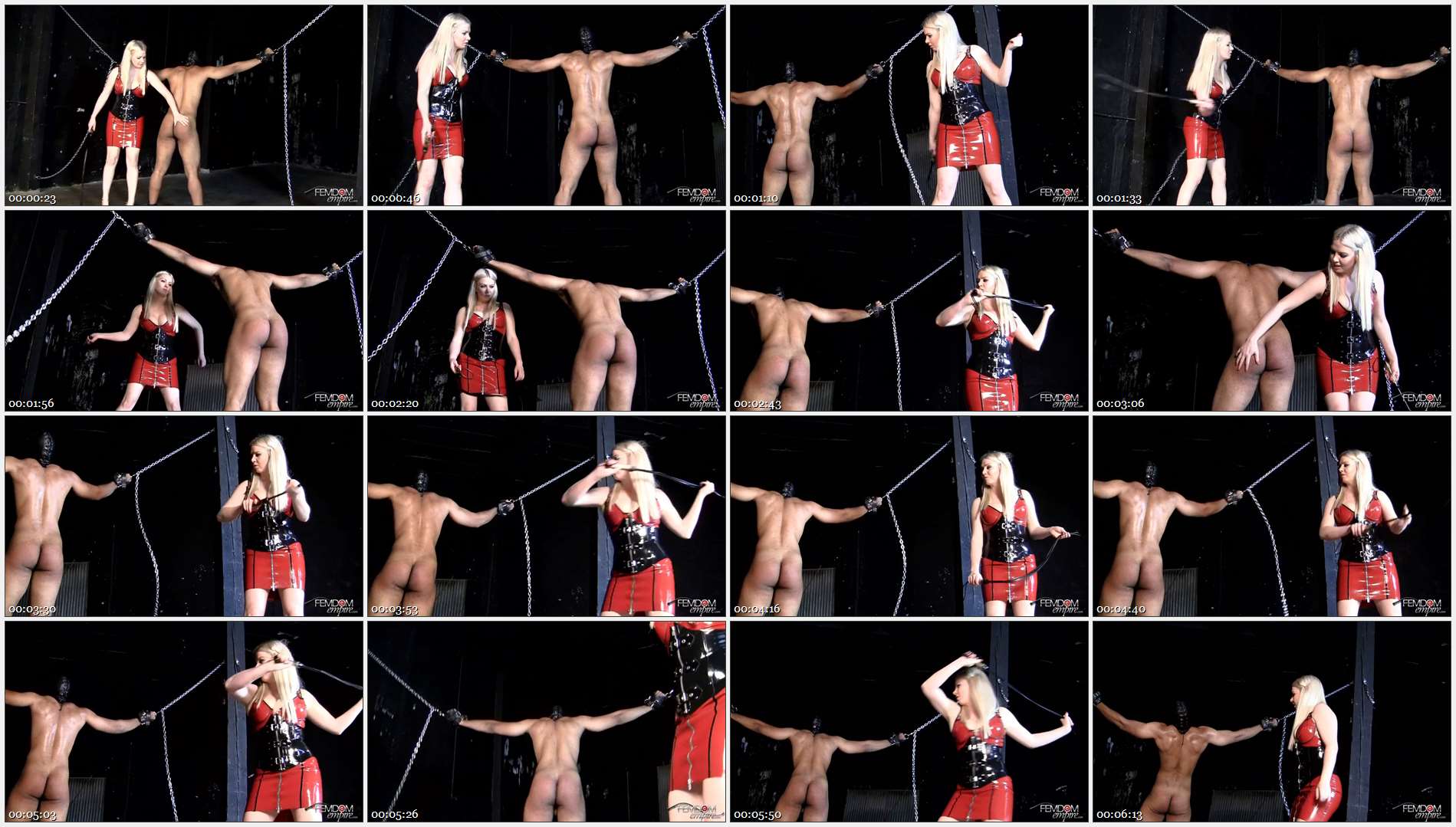