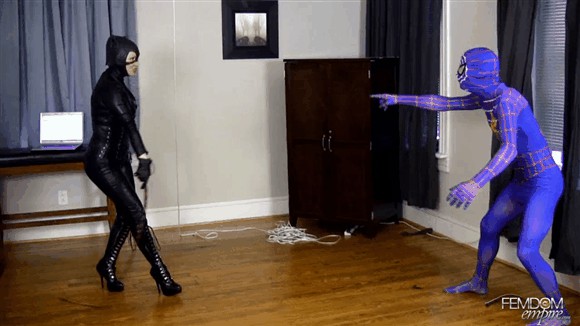 Awesome female domination video:*** A Porn Parody *** Catwoman is burglarizing the people of Metropolis's bank accounts and with Batman and Robin locked in her dungeon, only Spider Man can stop her. Spidey tries to overpower the thieving pussy, but he is no match for her leather bullwhip. Catwoman strikes Spidey repeatedly, making him weaker with each lash. When he grabs ahold of her by the legs she whips him in the ass like a bad schoolboy. Catwoman tosses the eight legged freak onto the couch where she facesits, smothers & teases him with her pussy. Catwoman enjoys toying with Spidey, getting physically aroused defeating her Spider boytoy. Catwoman's cocky behavior slips her up though, and she falls right into Arachnid's trap. Just when jail time seems imminent for Catwoman, she pulls our her compact and blows mind numbing dust into Spidey's face. This tough pussy isn't going down without a fight. Spidey is soon suspended in bondage from the ceiling, his toes barely touching the floor. \"Who is caught in the web now??\" Catwoman whips his suspended body with her leather whip until he is completely submissive. Catwoman begins fondling his crotch, taunting him over his defeat. Catwoman finally lowers him to the floor and peels back his suit to inspect her work. Spidey has been defeated and enslaved by the powerful Catwoman.We trully belive that you will very like and enjoy it! Don't you?:) So stop wasting your time - download this masterpiece! 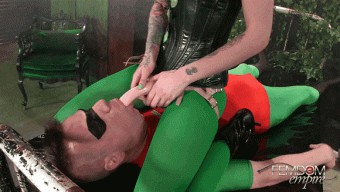 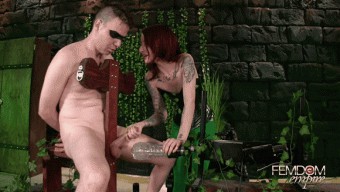 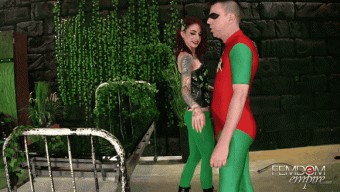 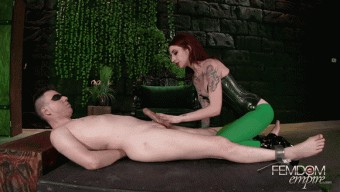 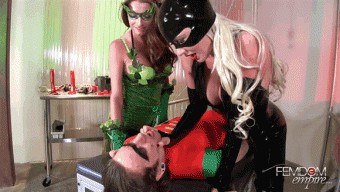 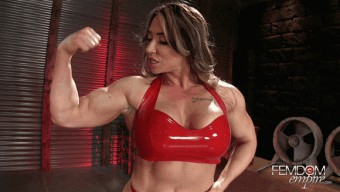 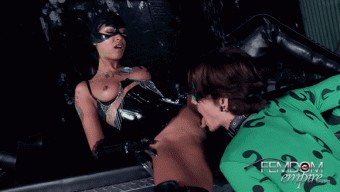 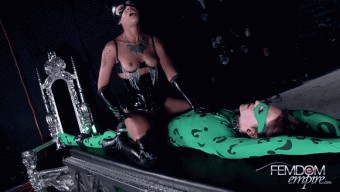 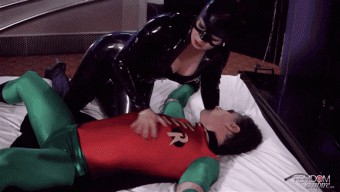 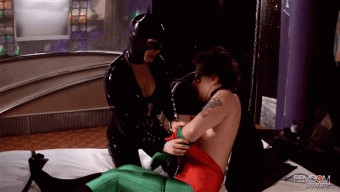 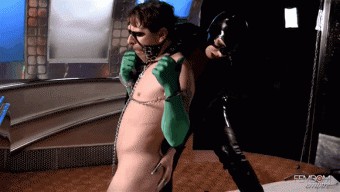